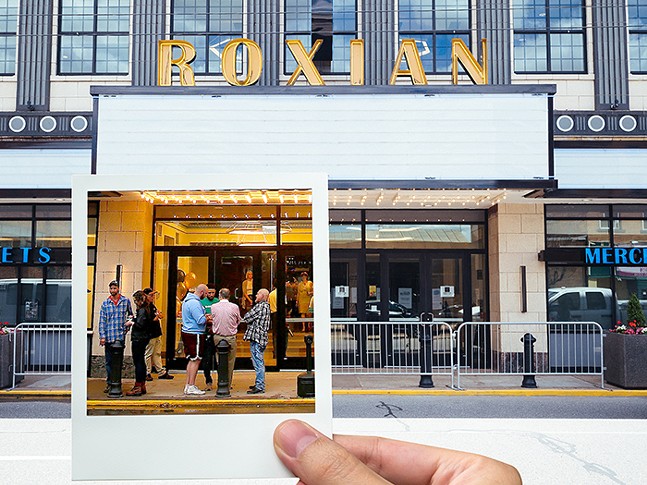 CP Photos: Jared Wickerham, Jared Murphy
Roxian Theatre in McKees Rocks
Adam Valen, the marketing manager for local concert promotions company Drusky Entertainment, had to get honest with himself about the state of the live music scene.

“The reality of it is that we’re not going to have full-scale shows until at least next year,” he says.

But without help, many independent venues will not make it until then. That’s why Valen joined the National Independent Venue Association advocacy committee, to help push the bipartisan Save Our Stages Act introduced by Sen. John Cornyn (R-Texas) and Sen. Amy Klobuchar (D-Minn.). That act, which would provide Small Business Administration grants for independent live music venue operators affected by COVID-19 stay-at-home orders, along with the RESTART Act led by Sen. Todd Young (R-Ind.) and Sen. Michael Bennet (D-Colo.), could not only keep local venues open and stop a vital piece of the music ecosystem from disappearing, but it could benefit the struggling local economy as well.

According to a poll from NIVA, 90% of their members said that they would end up closing permanently if the shutdown lasted six months or longer, if there wasn’t federal relief to hold them over. NIVA was formed at the onset of the stay-at-home orders in the U.S., and now has nearly 2,000 members in all 50 states, including local Pittsburgh venues and promoters Mr. Smalls Theatre, Roxian Theatre, Carnegie of Homestead Music Hall, Jergel's Rhythm Grille, Thunderbird Café and Music Hall, Drusky Entertainment, Grey Area Productions, The Mr. Roboto Project, and Opus One Production, among others.

“[That poll] was in March, we’re nearing the tip of that iceberg,” says Valen. “But as bleak as it’s been, it's been pretty inspiring. Independent venues and promoters haven’t really had a collective voice, and now we do. This thing didn’t exist four months ago. In the past, we were competitors. And who knows? Maybe when this is over, we'll go back to being competitors just by nature of our industry as a whole, but it’s going to take a lot of collaborative effort to even get to that point.”

Sharing memories of concerts and live music events can also be an impactful way to get the message across. Valen cited a particular story that hit home from The Atlantic magazine that Dave Grohl, the drummer in Nirvana from 1990-1994 and the founder of Foo Fighters, wrote in May.

“I don’t know when it will be safe to return to singing arm-in-arm at the top of our lungs, hearts racing, bodies moving, souls bursting with life. But I do know that we will do it again because we have to,” Grohl wrote. “I have shared my music, my words, my life with the people who come to our shows. And they have shared their voices with me. Without that audience — that screaming, sweating audience — my songs would only be sound. But together, we are instruments in a sonic cathedral, one that we build together night after night. And one that we will surely build again.”

From the musicians to the fans, promoters, venues owners and their staff, the live music industry is a fragile ecosystem that could all come crashing down if one part falls. Without independent venues, local talent won’t be able to get in front of crowds and new faces, whether in their town or elsewhere across the country. Without the exposure, it’s hard to grow, affecting themselves and — if they have one, their label. Without live music, areas like McKees Rocks, which is home to The Roxian, and Millvale, which is home to Mr. Smalls, are losing out on economic advancement opportunities. 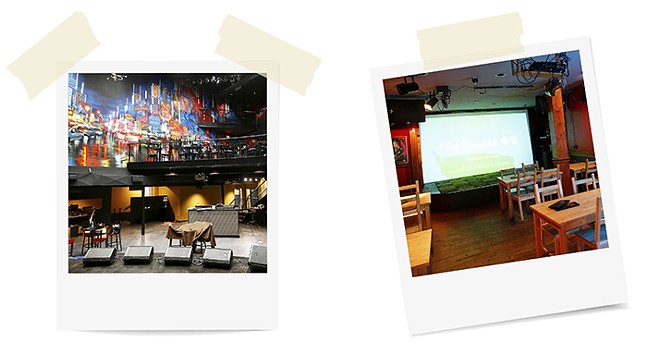 CP Photos: Jared Wickerham
Thunderbird Cafe and Music Hall in Lawrenceville, The Smiling Moose in South Side
“Concerts are nonpolitical and are very ingrained in community and culture as well as [the] local economy,” says Valen. “For example, there was nothing there 20 years ago when Mr. Smalls came into Millvale. There was a study done [last year] in Chicago that showed that for every $1 spent on a ticket at a local venue, $12 was invested back in the local economy.”

The economic activity generated was for area businesses such as restaurants, retailers, and hotels. Independent music venues are critically important to both the music ecosystem, and their communities.

“I’m very confident that the scene will come out of this stronger than ever just because of a general necessity for a release of stress after all of this,” says Valen. “I’m not worried about the scene bouncing back, it’s what can we do during this time to keep everyone uplifted and survive. Nobody's asking to make a lot of money. We're just trying to keep these spaces open so we can make it through.”