In the wake of noise complaints, James Street Gastropub and Speakeasy is faced with $30,000 in soundproofing-related renovations | Music | Pittsburgh | Pittsburgh City Paper

In the wake of noise complaints, James Street Gastropub and Speakeasy is faced with $30,000 in soundproofing-related renovations

“We love this place, and we love the Pittsburgh music community and all the employees here.” 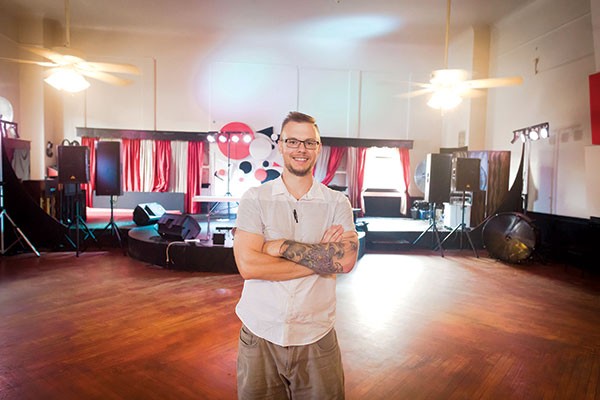 Will $30,000 be enough to keep James Street Gastropub and Speakeasy in operation?

That’s the amount Kevin Saftner, the venue’s owner and manager, estimates it will cost to soundproof and refurbish the popular North Side spot’s upstairs ballroom to comply with Pennsylvania’s liquor laws. If not, and if complaints keep coming in, the bar faces the loss of its amusement permit and/or liquor license.

“It would be easier to shut the doors, and my mom could retire and I could move on to my next venture,” says Saftner. “But we love this place, and we love the Pittsburgh music community and all the employees here.”

Put simply, Section 493(34) of the liquor code states that a licensee may not use a loudspeaker or similar device to project music or noise beyond that venue’s property line. The law is separate from local and municipal noise ordinances, and pertains only to venues that possess a liquor license. This and all parts of the liquor code are enforced by the Bureau of Liquor Control Enforcement, a branch of the Pennsylvania State Police.

For decades a fixture for jazz, James Street opened in its current form in late 2011 and quickly re-established its reputation as a go-to spot for live music. “Jazz and blues are our heart and soul,” says Saftner, “but anyone and everything is welcome here.” He notes that the venue hosts 200 to 300 events annually, including burlesque shows, local music showcases, and everything in between.

According to BLCE data, the first noise complaint came last October, during Layer Cake Festival, and resulted in a $250 fine. The most recent occurred July 9, during the free Deutschtown Music Festival, when two plainclothes BLCE officers visited James Street and found the music from the upstairs ballroom traveling outside, beyond the property line, in violation of state law. This complaint happened despite the presence of a large, city-sanctioned outdoor festival stage one block away.

Rather than risk additional noise complaints, Saftner pulled the plug on the ballroom stage at about 8:40 p.m. during a performance by The Garment District. The remaining three bands either relocated to a different festival venue or had their sets cancelled entirely.

Eric Swartzwelder, supervisor for the BLCE Pittsburgh office, says that he cannot comment on an open investigation other than to say that undercover officers were sent to James Street in regard to a complaint made specifically against the venue, and not for a routine inspection.

Saftner says that he has “no clue” who made the two complaints. He might never know; personal information need not be provided to register a complaint with the BLCE, and even if a venue owner appeals a violation to an administrative-law judge, the accuser before the court would be the officer from the BLCE who went to the venue to investigate, not the original complainant.

Stanley Wolowski, an attorney with the Law Offices of Flaherty and O’Hara, which specializes in liquor-control matters, is adamant that BLCE officers use discretion and common sense when enforcing the law, and that officers will not cite a owner simply because they hear music right over the property line.

Nevertheless, he says, under the liquor code, it is “strict liability,” meaning that fault or negligence need not be proven by the authorities. “It’s not like the BLCE has to prove there have been many complaints, or show that the music was unreasonably loud. All they have to prove is they were standing off the property line and heard amplified music coming from the premises.”

Wolowski, a former lead prosecutor for the BLCE in Western Pennsylvania, says it’s “almost impossible” to win an appeal against a BLCE complaint. Aside from arguing that the music wasn’t amplified, or that it came from elsewhere, Wolowski says there is essentially no defense that a venue can mount.

One person familiar with James Street’s plight is Justin Strong, former owner of East Liberty’s Shadow Lounge, which closed in 2013 largely because of the potential costs ownership faced to soundproof the venue to prevent further noise-complaint investigations by the BLCE.

“It’s frustrating,” says Strong. “It’s discouraging when you feel like you’re doing something good for the local culture and region to move forward, and people start to pay attention to Pittsburgh as a vibrant place to live, and then to have people fight you.”

Pittsburgh Police Commander Lavonnie Bickerstaff says there was a single municipal 311 noise complaint against James Street in the past 18 months, as well as a “small handful” of noise complaints to 911, none of which resulted in a fine or sanction from the city. And a spokesperson with the District Attorney’s office states that James Street is not on the DA’s radar as a “nuisance bar.”

A few days after Deutschtown, James Street launched an Indiegogo campaign seeking $5,000 to help pay for renovations to the 140-year-old building, including soundproofing and affiliated costs. Saftner says he was initially uncomfortable asking for money from the public, but felt like he had few other options. In two days, the campaign exceeded its goal, raising $6,541.

“We’ve had architects and soundproofing specialists in,” says Saftner. “Everybody agrees that we should be OK once it gets done.