In The Torah Garden, poet Philip Terman finds a place worth staying

Terman arrives, in convincing moments, at something rarely well expressed in poetry: earned peace with a measure of joy. 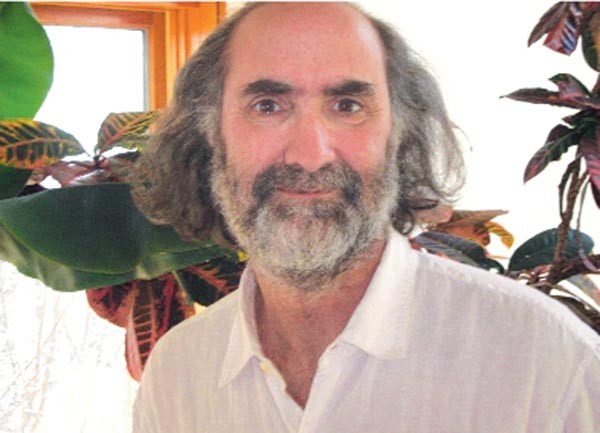 Torah and garden — two words seldom jammed together in the same phrase. For poet Philip Terman, author of The Torah Garden, it's two words in creative tension: Torah, the first five books of the Old Testament, foundation text of Judaism, in large part a set of commandments, juxtaposed with nature, unregulated existence, wildness.

In this, his fourth collection, Terman presses these two things against each other and arrives, in convincing moments, at something rarely well expressed in poetry: earned peace with a measure of joy, contentment, a sense of homeland. It's the homeland that exists — where else? — in the mind, a verbal garden replete with fresh corn, plump blackberries, ripe red tomatoes.

Terman's garden is both imagined and real. A professor at Clarion University who teaches Jewish literature and Kafka, among other subjects, he lives in a vintage 1884 red-brick schoolhouse near Grove City with his wife, artist Christine Hood. Their rural plot supports trees and a big garden that feeds them, even in winter, with frozen and home-canned fruits and vegetables.

Reading some of Terman's sensual lines, you can almost taste through the words:

the late afternoon sun gleaming the oak of the Amish table
the garden melons sliced into crescent moons
and set beside the white hydrangeas.

Awareness of Judaic tradition in this poetry suggests a bizarre hypothetical: What if Walt Whitman were Jewish? Whitman's "barbaric yawp over the roofs of the world" becomes a blast of the shofar, the trumpet made from a curved ram's horn, which announces Rosh Hashanah. "I sound the shofar for the New Year," says Terman, opening the extended lyric that concludes and gives the book its title. It's a knowing echo. Terman's shofar, "rending the air with its broken notes," is a summons to renewal:

open yourselves up to the only moment there is —
this stillness,
this garden hanging like the last blast of its bellowing breath.

Renewal arises from darkness, dream and night soil, and Terman's garden is a fresh layer on top of Whitman's marvelous poem "This Compost." One section of this title poem describes a trip in a borrowed truck to pick up a "small mountain of manure":

The black magic rains into the bed —
one, two, three loads, all this junker will hold.
Fiddling with the country stations, I pull out
and onto Scrubgrass Road, hauling our new earth
pulsing with the ingredients of creation.

While Terman manifests a Whitmanesque spirit that celebrates life, he also provokes ironic smiles with his Whitman echoes, as in "Oil City Serenade":  "I want to sing to you, Oil City ..." The faded boomtowns of northwestern Pennsylvania will recognize themselves in his unvarnished realism that sounds a prophetic note: "Once we were a city of Rockefellers. Once we bled our earth out of its sweet juices."

The most ambitious poem, "At Auschwitz-Birkenau," speaks to the unspeakable, via a series of negations that assert: "No poetry in the railroad track / that starts at the welcome center / and ends at the crematorium." The poem explicitly addresses Theodor Adorno's famous statement that "To write poetry after Auschwitz is barbaric."

Terman's strategy acknowledges the near impossibility of eliminating lyricism even when you want to. Almost in spite of circumstance, love asserts itself — Terman seems to say — in the midst of desolation. "No poetry / in the central yard across which husbands / and wives would search through / barbed wire for each other's eyes."

The book's second section, "To a Scientist Dying Young," is addressed to the poet's brother, Bruce, a gifted biologist, we gather, who died after a car struck him as he was out for a morning run. These poems, such as "To the Woman Who Killed My Brother," are brave and heart-wrenching. As a group, they acknowledge reciprocity between poetry and science: "It's all about saving a life," writes Terman. About seeking, he says, "in that place, perhaps, we return to / in sleep, but deeper, before knowledge, / or where all knowledge resides."

As the book's title implies, Judaism is deeply embedded here, with Yiddishisms in italic, a spirit of joy far from rule-bound orthodoxy. Once in awhile exposition gets in the way. Once in a while you might feel that gratitude and praise want to glide too easily into magical thinking. On the whole, though, Terman manages without strain to celebrate domestic contentment — not the usual fare of poetry, which is as often as not appropriately angst-driven, angry, disaffected. There's a portion of that here too. But there's also a sense of arrival seldom achieved, the feeling of a place worth staying.