“For her, identity was as much a protected space as it was an expression of inner selfhood.” 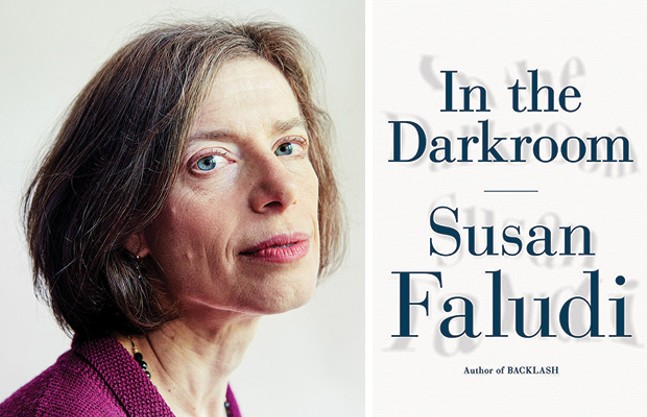 Susan Faludi, the Pulitzer Prize-winning journalist and author of the 1991 non-fiction book Backlash: The Undeclared War Against American Women, received a revelatory email in 2004 from her estranged father of almost 25 years: “I have decided that I have had enough of impersonating a macho, aggressive man that I have never been inside,” her 76-year-old father wrote. He, now she, announced her new life as Stefanie. This family event formed the subject matter of Faludi’s 2016 memoir, In the Darkroom, which found her treading into very personal and uncharted territory.  Faludi, who visits Pittsburgh Arts & Lectures’ Ten Evenings series on Feb. 26, spoke with City Paper by phone, from Northampton, Mass., where she currently teaches at Smith College. The interview has been edited for length and clarity.

Why did you decide to take on such a personal narrative after your background as a journalist?
I kind of felt I didn’t have a choice in some ways. I don’t write about personal stuff very much, so it was quite a reach for me. First of all, my father asked me to write her story. I don’t do everything my father tells me to do, clearly, but I felt I had to do this for myself; that I couldn’t really move forward with my own public feminism without coming to some kind of understanding and reckoning with this event in my private life. My father had kind of driven a Trojan horse into the professional and political domain, and it was something I had to confront honestly. I figure things out by writing.

Your father transitioned late in life and lived as Stefanie from 2004 until 2015. That’s so much life to pack into such a short time.
That was the big question a lot of my father’s colleagues asked — “Why did she wait until she was 76?”  I think she did it when she was comfortable. She wasn’t ready. Even in 2004 being transgender was still an unusual phenomenon.

You write of the first couple of days seeing your father and your resulting claustrophobia. Do you think this claustrophobia is a necessary feeling when witnessing the germination of a new life whether by birth or by surgery?
It had everything to do with our prior relationship. If anything, I came to Hungary [to visit my father] thinking, “Oh, maybe this is going to be this great transformation in our relationship that my father, now that she’s a woman, will be more relaxed, will be more open, will talk to me, will let down all of her defenses.” And instead what I was greeted with was the parent that I had feared for so long who was really controlling and basically wouldn’t let me make a phone call or leave the house. It was the ghost of parent past, not the change. In many ways, the easiest part to accept was my father’s gender transformation. It was all the ways my father hadn’t changed that made me despair.

How do you rationalize the simultaneous scrubbing that your father was doing of her identity, even while she was focusing on it so intensely?
I don’t think they were contradictory in her mind in that she sort of went through a succession of identities. Probably most formatively, the experience of having to hide her Jewish identity as a teenager. It sort of implanted in her this notion that it’s dangerous to reveal your past, because it literally was for my father as a Jewish teenager in Holocaust Hungary. My father was, at every step, seeking a category where he, and then she, would feel safe. For my father that meant concealing what came before — whether that was passing as a Christian in 1940s Budapest, or passing as an all-American man in the suburbs in the 1950s. For her, identity was as much a protected space as it was an expression of inner selfhood.