In the company of Pittsburghers, learning how to enjoy the spectacle that is Art Basel Miami Beach | Features | Pittsburgh | Pittsburgh City Paper

In the company of Pittsburghers, learning how to enjoy the spectacle that is Art Basel Miami Beach

When looking at a Basquiat I've never seen before, I've found that it's possible to forget about the big crowds and bad lighting 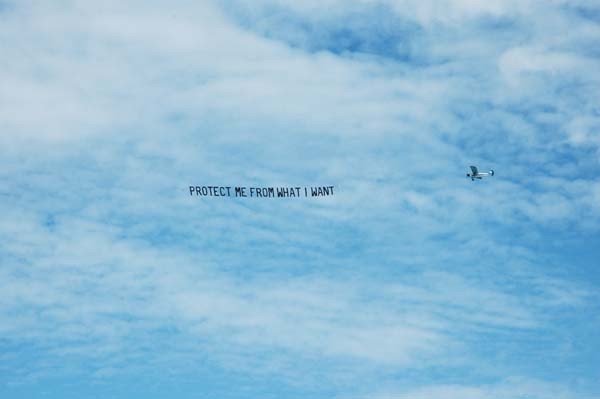 "Talk about being star-struck," said Boyd.

The recent work of high-profile art critics who expound ad nauseum on the uncoolness of commercial fairs like Miami Basel is equivalent to a three-volume treatise by Anthony Bourdain about his general contempt for Lunchables. A sub-minimal degree of insight is required to posit observations like "Conspicuous displays of exorbitant wealth are boring" and "The reduction of art to the status of commodity is offensive."

We can almost all agree that no one likes an oligarch shopping for Warhols like he's at Walmart. But if you're concerned about being under-dressed for Ke$ha's Beach-Side Absolut Vodka Jousting Brunch, or the ultra-exclusive 36-hour Xylophone Mixer (hosted annually by Prince and Tampax at undisclosed highway over-passes), you could decline the invite and go see some art instead. Like Boyd and others in Miami Basel's Pittsburgh contingent, you might find it's worth your while.

True, it's easy to forget how physically, mentally and financially draining it is to see any of Art Basel Miami Beach or its 20-some simultaneous satellite fairs as an emerging artist, gallerist, journalist or curator on a budget. Dozens upon dozens of young local galleries, substantive private collections and major institutions open their doors, often free of charge, to visitors this time of year.

Even when you can hire a driver and come home to a delightful mini-bar, the hundreds of pop-ups and the cutting-edge street-art culture must simply be too much to handle, because you assume you've already seen it all. So if you're among the few highly paid journalists or arts professionals who are seasoned veterans of the fair, you probably have access to all the artwork you care to see the other 51 weeks of the year. To you, things like "the ocean" and "sunshine" are also probably passé.

But there are so many unpleasant things about the experience of Miami Basel that the familiar annoyances over Diddy parties, Marxist critique or lack of invitation to participate in these things come to feel like laughable luxuries. When looking at a Basquiat I've never seen before, knowing I'll most likely never see it again, I've found that it's possible to forget about the big crowds and bad lighting.

In this, my fourth year at the fair (as a journalist and independent curator), I was in excellent company as far as Pittsburghers are concerned. I was proud to see the work of a few natives in my peer group represented by galleries both emerging and high-profile. But though we come from a city that and takes enormous pride in providing a viable climate in which artists can live and make work, we continue to represent an inexcusably small percentage of participants at such events.

Pittsburgh-based media artist Corey Escoto was the only current city resident who showed work this year at NADA, where he was represented by the rigorous, friendly and unpretentious proprietors of Regina Rex, an exhibition space in Queens. NADA is the longest-running and arguably most important art fair to coincide annually with the staging of Miami Basel proper. It is distinct from other fairs, partly in that it's free and open to the public. Its three exhibition sectors are open to both for-profit and not-for-profit organizations, as well as site-specific artist-run project spaces and artist-residency programs.

Meanwhile, in a bold departure from the scene-y sort of events often hosted by major institutions during the fair, the curatorial team behind the 2013 Carnegie International threw a party at the South Beach VFW. The cynic in me was worried that this was an insincere or ironic gesture: an over-stated acknowledgement of the social annoyances associated with art fairs, or an attempt to say something about the people who attend them from Pittsburgh that just wasn't accurate or relevant or possible. At worst, I worried it would be construed as insulting by the people to whom this space normally belongs.

But instead I went to maybe the best party I've ever been to in Miami. After a really long day of looking at and writing about art, I played video games and talked about art and drank beer with all kinds of people I'd met or not met and liked or not liked before. I was reminded that taking offense to the incuriosity or decadence that inevitably surround us on occasion need not disrupt the business of lively engagement with any object or prevent us from simply just looking around.