In Miike Snow, hit-making songwriters Andrew Wyatt, Christian Karlsson and Pontus Winnberg step out from behind the scenes

Their hits, and for that matter, all their songs, feel chemically engineered for mass appeal 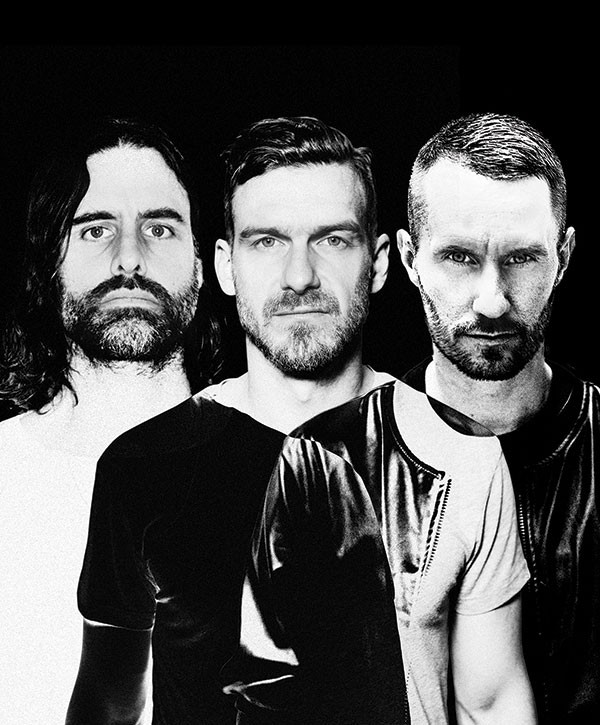 Miike Snow’s latest album is called iii, probably because it’s the group’s third release, though it might be a play on that extra “i” in the band name. Or, who knows, maybe it’s something else entirely. Miike Snow is straightforward and very easy to listen to, so it’s tempting to seek out symbolism in its music, like with that jackalope — jackrabbit + antelope, a bunny with antlers — that the band has used as a logo since its debut in 2007. Music journalists love to ask about it.

Since its entry onto the charts on the heels of that debut’s single, “Animal,” Miike Snow has been consistent in releasing intricately detailed but highly accessible pop music. It’s so appealing that it’s nearly off-putting, hence the urge to project symbolism because, well, there’s just gotta be something else going on.

Part of that is because the three members — Andrew Wyatt, Christian Karlsson and Pontus Winnberg (there is no Miichael Snow) — were professional songwriters and producers prior to the formation of the band. Karlsson and Winnberg, based in Sweden and working under their moniker Bloodshy & Avant, notably co-wrote and produced the timeless Britney Spears gem “Toxic.” Between the trio, they hold songwriting credits for artists including Bruno Mars, Katy Perry, Mark Ronson, Kylie Minogue, Beck and Madonna. That pedigree isn’t hard to find in their own music. Their hits, and for that matter, all their songs, feel chemically engineered for mass appeal. Like they know things about our taste that we haven’t quite figured out yet.

“Gengis Khan,” the lead single from iii, captures the conundrum perfectly: It’s unthreatening and teetering on bland, with a hook that goes, “I get a little bit Genghis Khan / Don’t want you to get it on / With nobody else but me / With nobody else but me.” It’s also really good, conveying a level of songwriting expertise that’s easy to recognize but impossible to locate in any particular lyric, melody or production trick.

“I love pop music,” says lead vocalist Wyatt, in a phone call with CP. “A lot of times, I like the same thing [that] people like. But sometimes — since I have time to think about this so much more than other people, because it’s what I do 24 hours a day — I need to feel like I’m doing something new, too. And sometimes people aren’t really ready to hear it, but you know, that’s when you have to kinda juggle what you want to make and what you think people want to hear.”

In that sense — knowing what people want to hear — songwriters inhabit kind of a weird position in pop music. There’s something mystifying to the average listener about being able to create success for other artists in an artform that at least seems like it should be wholly personal.

While shared songwriting credits are nothing new, there’s a noticeable cynicism creeping into the culture about the questionable “authenticity” of artists who don’t write their own songs, like that whole Beck vs. Beyoncé thing at the 2015 Grammys. As you might imagine, Wyatt scoffs at that idea.

“Matthew Barney doesn’t make all his own sculptures either. Does that mean what he’s doing isn’t valid? No,” says Wyatt. “There’s a certain amount of manpower that you need to put an album together, that somebody like Beck, who can play instruments and knows about what kind of compressors to use — Beyoncé doesn’t care about that. She uses other people to do that, but she does the important thing, which is pick what she’s gonna do. I think a lot of people are working in that way now and I don’t have a problem with it.”

So what do expert songwriters write when they write for themselves?

Based off iii, pretty much the same type of songs they’d write for others, with a couple of pronoun-tweaks. More than anything, iii sounds like a fancy recording studio looks: stylish, organized and filled to the brim with instruments, technology and production knick-knacks. There are synth instruments alongside soul samples, lush (sorry) unprocessed piano parts going toe-to-toe with flamboyant auto-tune, and somehow it works. That’s particularly true on the album’s slow-burning standout “I Feel the Weight,” which sounds like it was written by a sad robot having a crisis of faith, though it probably wasn’t. Was that what they were going for?

“You just record whatever you record and you use your instinct, because there’s no time to think, really, when you’re making a song,” says Wyatt. “And then you reflect on it and you think, like, ‘Hey, is this song relevant to what’s going on right now in music? Can we push the envelope a little with the song? Do these songs hang together? And will people like this song?’ So, all of those things you consider.

“Sometimes you actually gotta push a button to say, ‘Well, are we pushing the ball down the field at all? Sonically or songwriting-wise or production-wise or just the vibe? And are we willing to sacrifice people liking it a little bit just to do that? And then how much do we have to please people, and do we want to make something that people like?’”