In its seventh year, the VIA Festival returns to East Liberty and finds fresh ways to facilitate conversations and community through new art, music and media | Music | Pittsburgh | Pittsburgh City Paper

In its seventh year, the VIA Festival returns to East Liberty and finds fresh ways to facilitate conversations and community through new art, music and media

“It’s a more zoom-out perspective of major trends that are happening, and we’re just trying to explore pieces.” 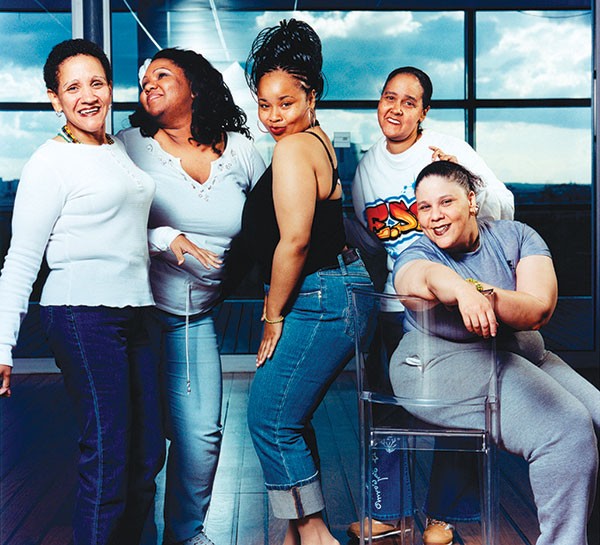 Thu., Oct. 6-Sun., Oct. 9. Most events at the Ace Hotel, 120 S. Whitfield St., East Liberty. Various times and ticket prices. For information, visit via-festival.com.
In the world of music festivals, conventional wisdom says that bigger is better. Growth — in the form of more acts, bigger headliners and longer duration — is often the yardstick for success.

VIA organizers Lauren Goshinski and Quinn Leonowicz approach things differently. “Some of these festivals are a franchise at this point,” Leonowicz says. “When you go in, you have a menu and two things might be different, but generally it’s the same. And you get the same service and a hard seat to sit on. And it’s not a very intimate experience.”

By contrast, VIA, which launched in 2010, is always shape-shifting, and not always in an expected direction. Last year, for example, festival programming took place over a 10-day period at venues in several different neighborhoods. This year is considerably more condensed: Events are packed into four days (Oct. 6-9), and most are happening under one roof, at the Ace Hotel, in East Liberty. (A few events take place at nearby satellite locations like the Kelly-Strayhorn Theater, the Alloy Studios and the East Liberty branch of the Carnegie Library.) “It’s a little more succinct this year, and that’s definitely on purpose,” Leonowicz says.

But the larger goals remain consistent: Create a space to explore and encourage conversations around the intersection of new music, art, media and technology — while also throwing a good party. It’s not just music, of course. Programming includes a virtual-reality salon and a wide array of projects by visual artists. But this year’s extensive musical lineup is one of VIA’s most impressive and party-ready yet: Headliners include influential MC Rakim (he’ll be performing the 1987 record Paid in Full, in full) and South Bronx post-punk band ESG, whose heavily-sampled songs have left an indelible mark on genres from hip hop to punk. The group formed in the ’80s, but this is notably its first ever appearance in the state of Pennsylvania.

Juliana Huxtable
DJ/writer/model/trans activist/party person Juliana Huxtable — who was in Pittsburgh last year for VIA’s #NOWSEETHIS event at the Carnegie Museum — returns with Shock Value, a New York City-based queer dance party which Huxtable co-founded and has also described as a “nightlife gender project.” For Goshinski and Leonowicz, having her back is a highlight of this year’s festival. “She’s such a multi-dimensional artist and being able to bring out a whole party from another city … is something new,” Goshinski says. She adds that, given the timing and the stateliness of the Ace Hotel ballroom where the party will happen, Shock Value for President has become a kind of unofficial festival theme.

Recording engineer Madeleine Campbell, who organized the showcase with Goshinski, says that it was inspired largely by pioneering funk artist Betty Davis, who is from and currently lives in Pittsburgh. “She was so ahead of her time and paved so many new paths for women musicians,” says Campbell. In conversations with Danielle Maggio, a Pitt Ph.D. candidate in ethnomusicology who studies the work of Davis and other musicians of color, Campbell started to wonder why Davis isn’t better known or more widely celebrated. “It got me thinking about the creative women I know whose genius is undervalued,” Campbell recalls. “This is a day for honoring women as creators.”

“I think it’s like taking the temperature,” Goshinski says of the booking process, adding that, while they’re curating for a Pittsburgh audience, they also want to reflect the state of art in the world at large. “[There are] these larger trends and larger conversations going on. … [It’s a] more zoom-out perspective of major trends that are happening, and we’re just trying to explore pieces.”

Long-time VIA attendees know that this year marks a return to East Liberty; in 2011, organizers worked with East Liberty community development groups and hosted programming in unused buildings along Broad Street. And in 2012, VIA held an event in the then-empty YMCA building on South Whitfield Street, now the site of the Ace Hotel. Which made having the Ace as a home base even more appealing. “We [know] the space,” says Leonowicz, adding that the layout and capacity of the venue also helped direct booking. “They’re not huge rooms. … But they’re really intimate spaces that Lauren can build into.”

“And when you say Ace, you can’t not acknowledge the context of East Liberty, right?” Goshinski adds, nodding to the high-speed gentrification East Liberty has undergone in the last few years. “What Ace is [striving] to do … is to be a neighborhood venue and have its doors open as much as they possibly can. … And they’re also very aware of the larger context of what they’re participating in.”

By its nature, VIA draws politically and socially aware artists, and Goshinski expects that conversations about art, race, gender, gentrification, community and tech culture will happen naturally. “We don’t want to hit people over the head with a didactic message,” she says. “It’s a very gentle line that we try to ride because we don’t want to tell people what to think. We just want them to experience it, and have conversations for themselves and participate instead of just consume.”

The Pittsburgh music scene comes together for Dance for Jesse

Women in Sound zine puts skill and experience as the focus