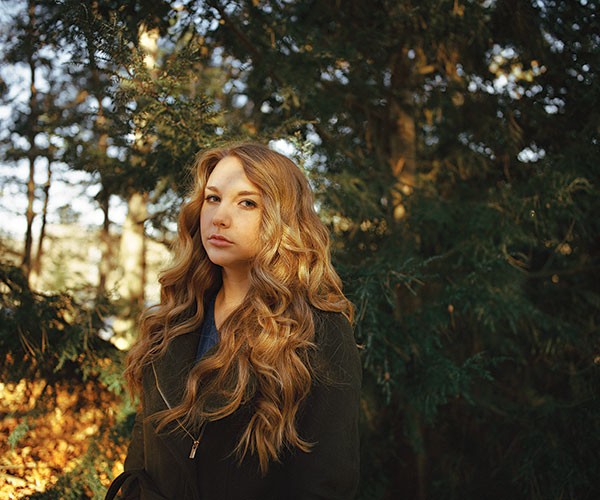 Eight of Tse’s 11 untitled images depict individuals or same-sex couples; three are urban landscapes. All portraits but one are set outdoors, and all capture subjects starkly alone (or alone together) in the frame. Given the backdrops of huge high-rise apartments (these streets should teem), that visual isolation suggests social isolation; the subjects seem as unplanned-for as do the scrubby trees peeking over steel fences. The most dramatic photo depicts two young men in an alley. We’re riveted by the eyes of the man facing us, which — like his hand on the other’s arm — seems to be asking his companion not to go. Still, four of the sets of human subjects, including a male cross-dresser posed on a rooftop, confront the camera, asserting their claim on spaces others might withhold.

Blum’s 13 photos speak less of isolation than of quiet solitude. Four are striking still-lifes, including one of a brass bed covered by a quilt … on which lies, like a doll, a naked newborn boy; two others depict colorful live salamanders on print cloth, in dappled light. Like Blum’s landscapes — a small clapboard house, swallowed in its shadowed holler; a metal footbridge — his portraits radiate dignity: a smiling, white-haired man, a young woman looking proudly into the camera. (Even the subject of “Coon Hound” looks stately.)

In the space between the two exhibits, as if linking them, Silver Eye has hung a monitor playing Tse’s 19-minute video “Gaph Song,” which depicts a series of couples, trio and groups — straight or same-sex, young or old — convivially eating, in homes and restaurants. The video also seems a way to unite viewers and subjects: Oddly, you’ll feel you know many of the people in “Gaph Song” after watching them interact in this most universal of ways.