In consensual non-consent fantasies, context is everything 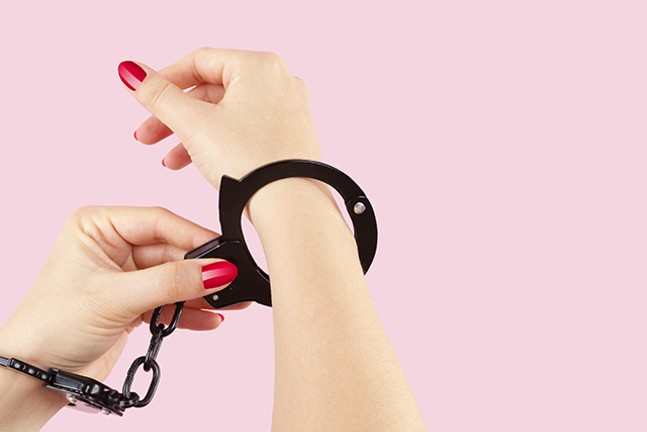 TW: this column is about fantasies of being abducted.

One of the most remarkable things about sexual desire and pleasure is how much they are deeply tied to context. The same sexual act that is really exciting with one partner may be undesirable or even unsafe with another. This can also be true at different points within the same relationship.

Both of the above examples point to a contradiction between one’s sense of self – one’s identity – and one’s desires. Yet these conflicts can cut even deeper; they can be a conflict between what one believes to be ethically right, and what one wants to experience in the context of sex. Consensual non-consent, albeit controversial, is a good example of this.

To talk about what this looks like in practice, I sat down with my friend Celeste (last name has been omitted for professional reasons), who has just written a PhD dissertation on kink sexuality. Celeste’s research came out of a deeply personal place. She says, “I am someone who has always had kinky fantasies.”

Celeste explains that the appeal of this particular fantasy was to play with the experience of visual pleasure and frustration. What she also wanted was to be able to forfeit control.

“Sometimes I like abduction play because I like surprise,” she says. “How often do I get to feel surprised in a way that is sexy and fun? Left to my own devices, I will obsessively work all the time.” (Celeste and I have this in common.) Indeed, Celeste described being forcibly pulled from the lure of work as “delightful.”

But here, context is important.

“I wouldn’t want to do any of these things with anyone whom I wasn’t completely comfortable with,” she says.

It is because she trusts the people involved that she was able to transform something that would otherwise be horrifying into something she described as “one of the best sexual experiences of my life.”

Practices such as these are often harshly criticized. Celeste points out the hypocrisy of this by reflecting on horror films. She says, “Adults watch horror movies, and we don’t want the things in the movie to happen, but the feelings of things being scary or gross, that is a fun feeling.”

“No one ever says that everyone who watches a horror film is traumatized," she says. "No one pathologizes that, but the second sexuality is involved, it is a different story.”