In a U.S. premiere, Pittsburgh Ballet stages a notable ballet version of A Streetcar Named Desire

"Blanche is probably the most complex character I have encountered in dance." 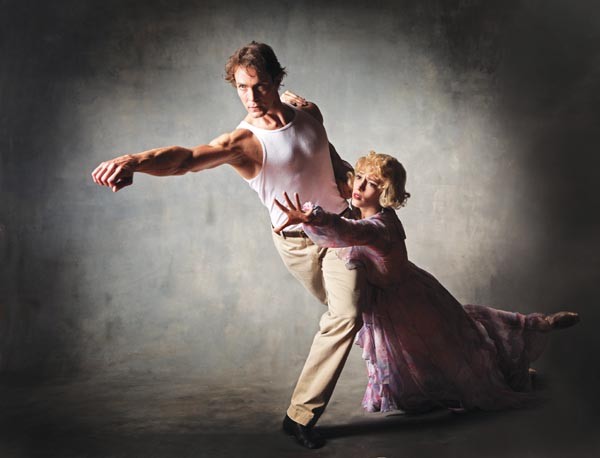 For a choreographer, the lure of turning a literary classic into a ballet can be both intriguing and intimidating. How does one take an iconic work like Tennessee Williams' Pulitzer Prize-winning play A Streetcar Named Desire and replace its brilliant dialogue with the language of dance?

For well-known choreographer John Neumeier, artistic director of Germany's Hamburg Ballet, the idea was to fill the spaces vacated by Williams' words with new scenes and a new narrative timeline.

For example, in the play, aging Southern belle Blanche DuBois verbally recounts the events leading to her arrival at her sister Stella Kowalski's doorstep in New Orleans — information crucial to the story. But Neumeier structured his 1983 ballet version as a flashback, picking up the story where Williams' play left off, with Blanche in an asylum. He then created an entire first act of scenes not found in the play to explain Blanche's arrival.

From March 9-11, Pittsburgh Ballet Theatre performs Neumeier's Streetcar — a staple on European stages — in the work's debut by an American company. The two-hour production (recommended for mature audiences) centers on the Blanche character and is set to music by Prokofiev and Alfred Schnittke.

Dancing the role of Blanche will be PBT soloist Eva Trapp.

"Blanche is probably the most complex character I have encountered in dance," says Trapp. "A lot was expected of my acting, even more than of my dancing."

Trapp says the character walks a thin line between sanity and insanity. Sometimes in the middle of a scene, she says, she has to appear to be hearing voices in her head or to blank out to what is going on around her.

The ballet's second act follows the play's storyline more closely, and Schnittke's powerful music lends intensity to several scenes, including a very physical rape scene. Tamas Detrich, one of the repetiteurs staging the work for PBT, adds that even here, the ballet alters other details: Rather than sitting around playing cards, for instance, the characters of Stanley and Mitch box at a gym.

But just as "desire" motivates the play's characters, it is also the primary motivation for a choreographer like Neumeier to take on a classic like A Streetcar Named Desire.