Impressionism in a New Light 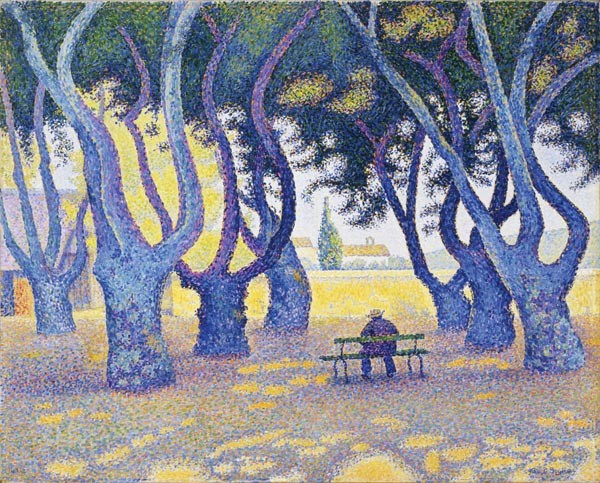 IMPRESSIONISM IN A NEW LIGHT: FROM MONET TO STIEGLITZ

"What is accepted today as conservative was yesterday denounced as revolutionary," wrote Alfred Stieglitz in 1903. Throughout his life, Stieglitz obsessively explored the expressive possibilities of photography; he saw himself as a necessary interventionist and a revolutionary. In 1903, he was promoting his Photo-Secession movement, through which he fought for the recognition of pictorialist photography as art.

Pictorialist photography, characterized by "painterly" softness and genre subjects, resisted the prevailing understanding of photography as a technology for mechanistic recording, instead emphasizing the photographer's hand and eye in the creation of unique photographic prints that were presented as artistic expressions. But Stieglitz could just as well have been describing impressionism, one of several efforts that emerged in the late 1800s to counter the authority and tastes of the French Académie des Beaux-Arts and its official Salon exhibitions.

Impressionism in a New Light: From Monet to Stieglitz, at the Carnegie Museum of Art, addresses linkages between impressionism and pictorialism. The first half of the exhibition presents painters like Monet and Pissarro as the radical innovators that they were when impressionism was new, a story told well and efficiently. The second half introduces an original contribution, exploring impressionist painting and pictorialist photography as related cultural movements whose proponents self-consciously influenced and supported each other, together redefining the role of the artist and the meaning of art. 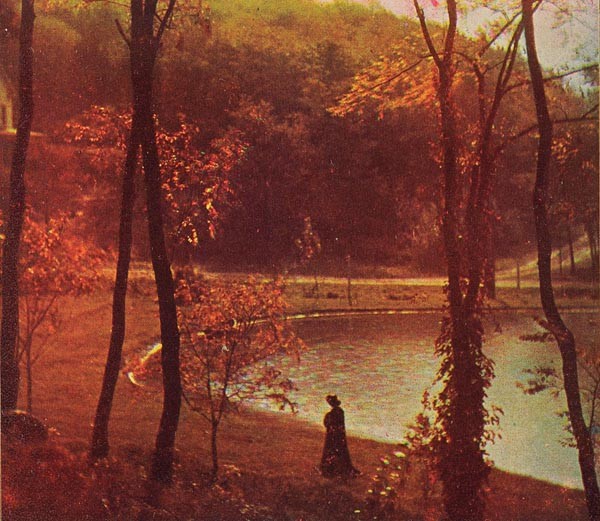 The 80-some pieces in the show are drawn mostly from the Carnegie's collection, and it's a pleasure to see familiar and important pieces from the museum's galleries displayed as part of a larger conversation, presented with substantial context. Despite the title of the show, the non-photographic works shown range from Barbizon realism to post-impressionism, and include works on paper as well as a sculpture. The exhibition is full of surprises and delights: historic cartoons lampooning painters and photographers alike; Jean-Francois Rafaelli's 1899 painting of Schenley Park; and a pair of self-portraits by Edward Steichen, one in which he presents himself as a painter and another where he depicts himself as a photographer.

The strength of Impressionism in a New Light is its acknowledgment that painters and photographers lived in the same world, that painting and photography developed in relation to one another and not in isolation. The exhibition effectively displays continuities in both style and subject. Jean-Francois Millet's "The Sower" hangs beside P.H. Emerson's photographic images of workers in fields. In the 1886 pointillist painting "Evening, Honfleur," Seurat represents visual experience by breaking light into sharp, component colors; the painting hangs alongside Robert Demachy's 1905 photograph "Honfleur," a similar scene but all misty atmosphere. The influence of photographic cropping — the possibility that a subject need not be shown in its entirety — is evidenced in Degas' pastel "Dancers, Entrance on Stage."

Absent, unfortunately, are examples of the kinds of work to which the impressionists and pictorialists were responding: Académie-approved painting and the uses of photography beyond which Stieglitz wished to move. Absent also are the modern painters and sculptors whom Stieglitz would later help introduce to America. The tease at the end of the show, which notes Stieglitz's move into modernist photography, hints at the extent to which he would later turn his back on pictorialism.

While the title of the exhibition suggests an equivalence between Monet and Stieglitz, each enormously influential in his own field, the argument presented by the exhibition is largely one of cause and effect: Painting leads and photography follows, generally by 20 years. The show's emphasis on themes, and on the visual echo linking the softness of impressionism with that of pictorialism, might create the impression that Stieglitz's aspirations for the recognition of photography lay in the emulation of painting. In this, the exhibition risks reinforcing the very reduction of impressionism to gauzy prettiness that it is trying to correct. It also threatens to downplay Stieglitz's obsessive and ongoing efforts to define photography's essential character, an endeavor that would eventually lead him far from pictorialism.

By Monet's death in 1926, impressionism had become part of the establishment, challenged by the new forms of modern art that had since emerged. Photography's viability had by then similarly been established in the art world, due in no small part to Stieglitz's advocacy. But by the 1920s, pictorialism would be largely supplanted by modernist photography. One of Monet's "Water Lilies" hangs at the end of the exhibition as a closing statement, a triumphant marker of impressionism's influence and acceptance, and a reminder that art does not stand still.