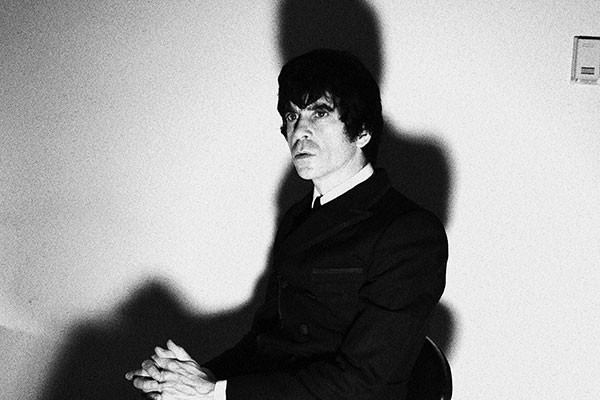 Ian Svenonius has never been one to think of a rock band as just a rock band. The frontman of Nation of Ulysses, The Make-Up and Weird War always has something else going on — usually something involving leftist politics and an aesthetic uniformity that feels a little bit dangerous, a little bit cool. So it's little surprise that his new book, Supernatural Strategies for Making a Rock 'n' Roll Group, isn't exactly a simple how-to for budding musicians.

Like Svenonius' previous literary offering, The Psychic Soviet, the new book mixes cultural criticism, history, anthropology and a bit of left-field methodology to make the reader think about rock music in terms not often discussed in music writing.

The conceit of parts of the book involves the idea that the author held a séance with a number of dead rock luminaries to learn their "secrets," because living rockers won't share for fear of losing their industry advantage. The bits spoken by musicians like Buddy Holly and Mary Wells, though, form one continuous narrative about the history of the rock band — which, Svenonius argues, followed in the form of the youth street gang, and therefore has more in common with that social group than with any previous musical organization.

It's a trip simultaneously mindbending and silly; it's one thing to read and digest a sentence like: "Only barbaric countries (e.g., the United States of America, Israel) regularly employ their armies as instruments of death." It's wholly another to imagine that sentence spelled out in spaghetti by a dead Motown singer. Of course, it's exactly that mixing of ideology and impish humor that's informed Svenonius' music all this time.

Just as he did in The Psychic Soviet, where Svenonius argued that Hitler was driven by his love of operatic narrative and death, he makes provocative points here, often expressed aphoristically: "The death cult in rock 'n' roll is one of its most important aspects and is born of the medium's potent sexual power." (That one's attributed to Brian Jones.)

After the séance, Svenonius goes through all of the usual signposts of rock-band life, not unlike what you'd find in a more traditional guidebook — but his take is always a bit more complex. The "van" section, for example, doesn't discuss what's "best" to buy, but defines the different modes of transports as cultural signifiers for rock bands. In a section on finding bandmates, he painstakingly describes the characteristics of each Zodiac sign as a sort of occult key for finding a rock group.

Svenonius — who speaks at Pittsburgh Filmmakers this Friday as part of his Supernatural Strategies book tour — continues to prove himself an unconventional and important thinker when it comes to cultural studies and pop music. While some parts of the book can tend toward the silly, it's anchored by the serious scholarship that makes Svenonius one of our more respected writers on music.