I came to Pittsburgh for higher education in 2017. It’s time to undo the harm Trump’s rhetoric and policies brought onto international students. 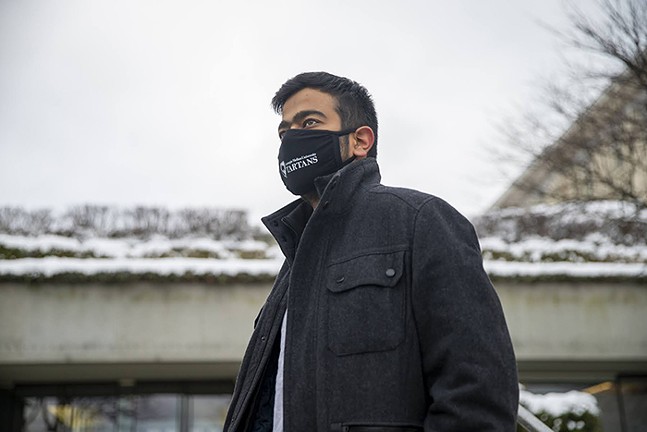 Photo: Jay Manning/PublicSource
Divyansh Kaushik is a Ph.D. student at Carnegie Mellon University and vice president of external affairs in the Carnegie Mellon University Graduate Student Assembly.
As an undergraduate student applying to graduate school in 2016, I thought of the U.S. election all the time. President Donald Trump was campaigning on anti-immigrant rhetoric, and I faced an important question: Should I go and do research at Carnegie Mellon University during this uncertain time? It wasn't clear at that time what changes the Trump administration might make over the years, but choosing to be optimistic about the future, I decided to come to Pittsburgh to embark on a new journey. I was likely making the biggest move in my life — one that would take me over 7,295 miles away from my home in Chandigarh, India. At that time, who knew that Pittsburgh and its people would embrace me as one of their own, but since then, I have graduated with a master’s degree and started a Ph.D., while conducting cutting edge research in the field of artificial intelligence.

Divyansh Kaushik's first-person essay is printed in full in this week's print issue of Pittsburgh City Paper, courtesy of PublicSource.
In that time, the Trump administration has continued the political rhetoric that often comes across as unwelcoming to international students. Right out of the gate, we saw the first travel ban. That made it clear to me that what I perceived as rhetoric really would translate into actual policy, potentially leading to a tremendous amount of uncertainty and even harm. And it did for Srinivas Kuchibhotla, who first came to the U.S. as an international student to attend the University of Texas at El Paso. He was shot and killed in 2017 by a man who first yelled, “get out of my country” while also using other racial slurs.