Hurt in an accident

I caress his two-dimensional image, looking like a monster, a fiend at the bus stop.

It caught me first as a glint, the globe glistening with the bold, radiant energy throbbing from his bright-lit, bald bulb. His finger was pointed, thrust in my direction. I didn't know how to communicate with the faux-Uncle Sam, the daddy of accident protection, the maestro of injury claims. All I knew how to do was stare. It was the glint in his eye, the deadpan searing lust radiating from this beacon, a saint; asking me if I, I!, was injured. Asking me about myself. I didn't have the words, but what good would it have done anyway? 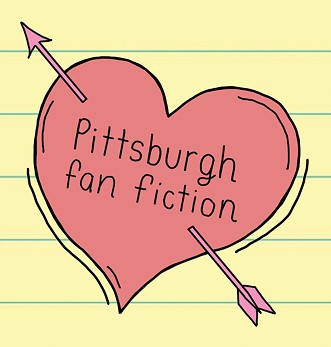 Click to return to our list of Pittsburgh Fan Fiction stories.
I was staring into the faded image of a photograph, a visage of a titan conductor enabling his intercourse with a city dawning on his creation. Was I the Adam to his massive mien? Or was I just one of an incalculable lot of masses, tired wretches wrenching upwards to meet his muddle in satiating that desire for more, and him knowing they wanted more. That I wanted more.

I caress his two-dimensional image, looking like a monster, a fiend at the bus stop. Near weeping, calling out for a caress of his warm, golden globe glistening under studio light; wanting to chase the line of his finger, up through his suit jacket arm and upwards towards that burly pepper beard, which inflames with static urgency.

I wasn't hurt in an auto accident. That's not why I'm taking the bus. It's all for you, Edgar. It's always been for you. There's never a me unless I get a moment with you.