On The Navigator, Alydna Segarra focuses on her own experiences growing up as a queer Puerto Rican woman in New York City 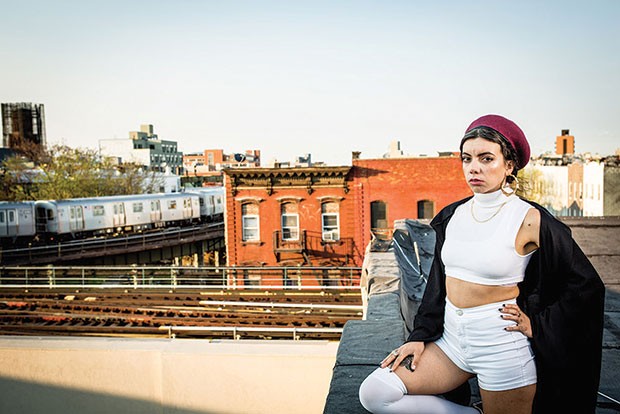 Photo courtesy of Sarrah Danziger
Hurray for the Riff Raff

Hurray for the Riff Raff with Becca Mancari

These days, many musicians choose to disengage with social and political topics, and would rather move their careers forward than risk losing them by speaking out.

Not so for Hurray for the Riff Raff, the decade-long project of Alynda Segarra: The New York-born singer, of Puerto Rican heritage, has never been one to hold back her political beliefs. For the first few albums, queer-identifying band HFTRR was classified as country and folk music. You’ll hear strains of the socially-aware songwriting of her classic folk forebears, like Lead Belly and Woody Guthrie. Segarra has written songs addressing gendered violence, the murder of Trayvon Martin, and turmoil in the St. Roch neighborhood of New Orleans.

On The Navigator, released in March, Segarra maintains the political edge, but turns the focus to the struggles of her own story, of growing up as a queer Latinx woman in New York City. The album pays tribute to Segarra’s ancestors, to the NYC Latinx community, and to anyone losing their world to assimilation and gentrification. There are references to artists and activists of the Nuyorican Movement, like the Pedro Pietri poem, “Puerto Rican Obituary.” The album’s title track is about navigating a once familiar but now disappearing land, as Segarra sings, “Oh where, will all my people live? / The navigator won’t forgive.”

When HFTRR came to Pittsburgh this time last year, the band performed in front of Puerto Rican and LGBT Pride flags; it played “Rican Beach,” a then-unreleased track which is on The Navigator. The song warns against wall-building politicians: “And all the poets were dying / Of a silence disease / So it happened quickly and with much ease.” It was still months away from the November election and I was painfully unaware of how prescient this would later feel. But Segarra knows from experience and history that our country has deep-rooted issues that persist regardless of who is president. She knows too that political music moves us forward, and keeps us sane.