No triathlete is an island 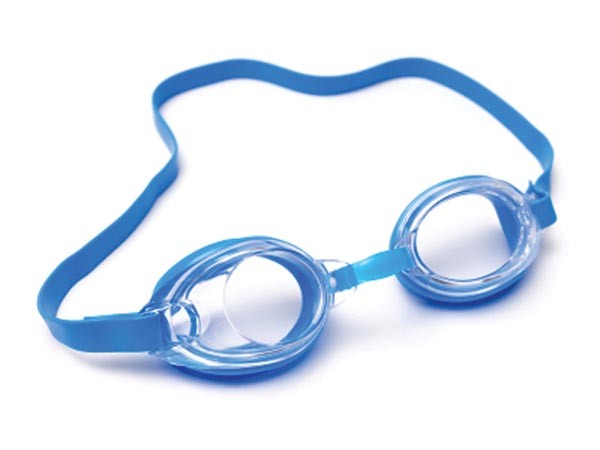 The last text message I read before squeezing my head into the pink swim cap was meant to be supportive. It was from my dad, who was on his way to watch me participate in my first triathlon — the pared-down, 16-mile course of the 2011 Pittsburgh Adventure and Triathlon Race.

It was hard to laugh off; I was worried. Training had started just in April, when I couldn't even swim the length of a 20-yard pool. Now, at 5 a.m., less than three hours before the triathlon's start time, I wasn't sure of my abilities.

Three months prior, this had all seemed like a brilliant idea. I'd wanted a personal challenge, one in which I wouldn't have to rely on others (other than Matty Mauclair, my Yoda-like coach, Ironman and triathlon guru) and others wouldn't have to rely on me. Triathlons, I figured, were all about the individual. And throwing together three different sports — swimming, biking and running — seemed like a cure for boredom, even if I hadn't done any of them since age 12.

It's hard to remember those motives when you're standing with a group of other nervous 18- to-59-year-old women about to swim a little over a third of a mile in a river. A river whose water is far less clear than the gym pool. But then I realized I actually wasn't alone; a friend's husband stood there watching his wife, and I noticed a familiar face under a pink swim cap nearby, a girl from high school I hadn't seen in years. She smiled and ran into the water. Seeing she hadn't melted, I felt better.

Until I noticed that another difference between the river and the swimming pool is that in a river, there's no handy black line at the bottom to follow. You're supposed to negotiate a series of buoys instead, but I was so busy not swallowing river water that I overshot the exit by several hundred feet.

After that detour, getting out of the water was as much of a challenge as swimming in it. A supporter yelled out, "You can beat that girl up the hill!" It was instant inspiration, until I realized she was talking to someone else ... and I was ‘that girl.' That really inspired me. At least until I climbed on the bike.

In training last summer, my goal had been merely to complete the distances in the swim, bike and run beforehand, so I would know I could do it in the race. Not once did I, nor my generic Internet training plan, take into account that there might be hills.

As it turns out, this triathlon's entire bike leg is a hill — the HOV lane of the Parkway North.

In the one hour, nine minutes and 38 seconds it took to complete approximately 12.4 miles, there were times I was pedaling so slow, I didn't seem to be moving. By the time I was a quarter of the way up the hill, I was alone, save for the occasional whizzing-by of other racers cruising down the lane, some on their second lap, passing with an encouraging word tossed over their shoulder. I had to do only one lap, but it was one too many. At one point, I dismounted the bike, walking it until I could get the nerve to get back on. Then the turnaround appeared.

It was downhill from there. But this is Pittsburgh, and even the triathlons come with fries on them. Midway down the hill, I had to veer around a few dozen potatoes rolling down the roadway — presumably from a Primanti's delivery truck.

After being on the bike, the final leg of the triathlon, a 3.2-mile run, was a welcome change of (very slow) pace. I was still being passed — by a pregnant racer wearing a sign that said "baby on board," and a teen-ager being filmed for an episode of MTV's Made, among others — but at least I wasn't alone.

By that point, I had become thoroughly grateful for the kindness of strangers. Volunteers handing out water and Gatorade seemed to appear at the most critical moments, and outside of PNC Park, with the finish line in sight, a woman stood ringing a cowbell and shouting. "You're almost there!"

I thought back to Matty's last email to me before the race: "You never cross the finish line alone."

It did take a lot of people to get me through, and I was beyond grateful to see some of them that morning, having patiently waited the 2 hours, 24 minutes and 56 seconds it took me to cross the finish line ... fourth from last place.

Later that day I got a handful of text messages with congratulations. One friend, though, texted to let me know that a body had been pulled from the river beneath the Fort Pitt Bridge later that morning.

At least it wasn't mine.