How will a planned medical-marijuana facility in McKeesport benefit those who live there? | Weed | Pittsburgh | Pittsburgh City Paper

How will a planned medical-marijuana facility in McKeesport benefit those who live there?

“We’re really excited here in the city to be on the forefront of this new and upcoming industry.”

McKeesport Mayor Mike Cherepko didn’t know much about medicinal cannabis when he was first approached by a company looking to build a growing facility in his community. But after learning about the health-care benefits of the marijuana plant, he now considers himself an advocate for its use as medicine.

“It gave me the opportunity to educate myself about medicinal cannabis,” Cherepko says. “When you hear the success stories [and] the tremendous impact it can have on individuals with certain disabilities and illnesses, it’s unbelievable.

“It’s heartwarming to see just how some of these people’s lives have changed once they were able to have access to medicinal cannabis.”

Last month, the company that first approached Cherepko, PurePenn LLC, was approved by the Pennsylvania regulators to build the medical-marijuana-growing operation in McKeesport. PurePenn was one of 12 grower/processors selected June 20 to receive a permit from the Pennsylvania Department of Health. Since then, the department has granted 27 permits for medical-marijuana dispensaries.

“We’re really excited here in the city to be on the forefront of this new and upcoming industry,” says Cherepko, “and to be part of the positive impact it’s going to have on health care here in the state of Pennsylvania.”

Medical marijuana, for use in pain management, nausea, seizures and symptoms related to 17 serious medical conditions, was legalized in Pennsylvania in April 2016 after years of debate in the state legislature. While much of the debate centered around the positive impact the medicinal plant would provide to patients, proponents also emphasized the economic impact such an industry would have on communities across the state.

According to a fiscal-impact report, released last April, state officials estimated application and registration fees would net $10 million within a year. Additionally, the state will collect a 5 percent tax on medical-marijuana purchases. In California, medical marijuana generates about $50 million in tax revenue annually.

“Medical marijuana will help those who suffer from debilitating pain and serious medical conditions,” Pennsylvania Sen. Jim Brewster (D-McKeesport) said in a statement when the permits were announced. “Plus, the new permit will bring jobs and economic development to the region. The new industry in the city will attract other businesses who will want to locate near the facility and create spin-off businesses that will generate additional work for local residents. The entire economy of the region will be improved.

“This is another large step in the rebuilding of the city and region. It is certainly good news for the city and the area as a whole.” 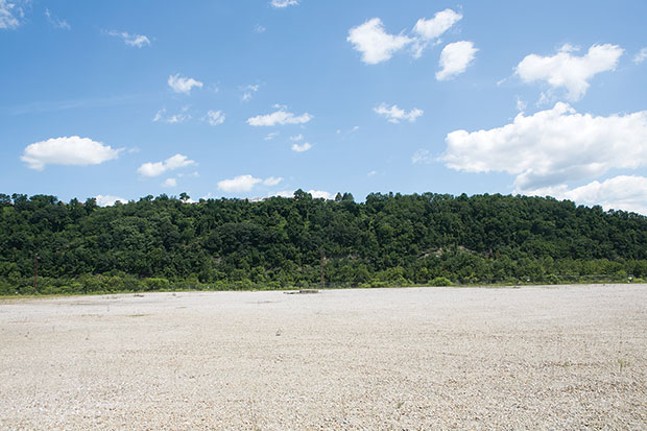 Located in the Monongahela Valley, McKeesport is one of those towns hit hard by the declining steel industry. The median income there is $28,000 per year, 50 percent less than the county, state and national averages. Additionally, vacant residential and industrial properties litter the community.

Cherepko says the new facility is just what his city needs. Combined with other companies that are moving into the area, he says there are ample opportunities for economic growth on the horizon. And PurePenn says it’s committed to making it a reality.

“Time will tell exactly what benefits will come from having medicinal cannabis here in town and the production facility,” says Cherepko. “In other places throughout the country where states have legalized medicinal cannabis, you hear stories of cities that may have been struggling in certain ways, and it really helped them.

“Many of us throughout the entire Mon Valley have been in very similar situations here since the collapse of the steel industry in the ’80s, and I think it’s a big win for us.”

But the city’s history of adversity is exactly what attracted PurePenn CEO Gabe Perlow to the city.