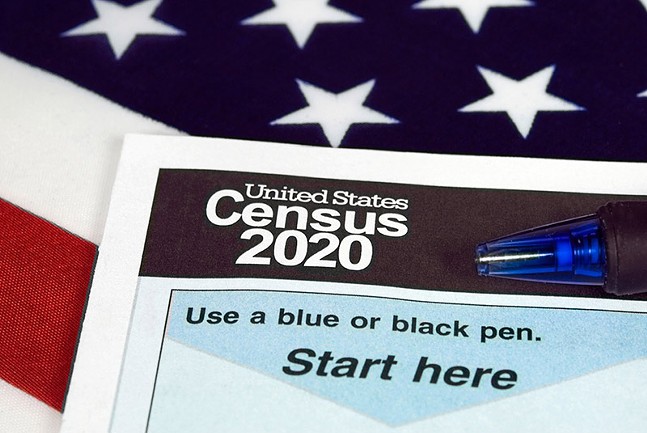 The U.S. Census deadline is coming up soon. After a move by the Trump administration, census data collection will end on Sept. 30, a month earlier than expected. The Census, which attempts to count every single U.S. resident and only happens once every 10 years, is an important tool for determining funding and representation in your hometown, region, and state.

Census data is crucial to each region in the U.S. and used to allocate federal funding to hundreds of programs, including school lunches, Medicaid, Head Start, development grants, and more. Historically, people of color and immigrant communities have been undercounted. Meaning, programs that are meant to lift up these communities are smaller than they ought to be. The Census is also used to provide the most accurate information for political districts, which are redrawn starting the year after the Census.

There are still millions of people who have not filled out their Census forms, but it’s not too late. There are multiple ways to do it — residents, including citizens and non-citizens, can respond online, by phone, or by mail. It should only take about 10 minutes. Visit my2020census.gov to fill out the Census online. According to the website, the 2020 Census questionnaire should be completed by the person who owns or rents the living quarters, or any other person who is at least 15 years of age with knowledge of the household. Only one person per household should respond to the questionnaire.

The form will not ask if you are a U.S. citizen, and will never ask for donations, financial or bank information, Social Security number, or anything on behalf of a political party. If the forms do ask for this information, you are not filling out the official Census.

Here are some more tips.

Visit my2020census.gov to get started online. The online Census form takes about 10 minutes to complete. You’ll need to complete it all in one sitting, since if you leave the questionnaire and return later, you’ll have to start over.

If you need help when responding to specific questions, use the “Help” link that appears to the right of each question. After you submit your answers at the end of the process, you will not be able to change any of your responses.
You can complete the Census online in English, Spanish, Chinese (Simplified), Vietnamese, Korean, Russian, Arabic, Tagalog, Polish, French, Haitian Creole, Portuguese, or Japanese.

If you make a mistake on the paper form, draw a line through the incorrect entry. Then, write the correct information as close as possible to the part that you crossed out.

You can call 844-330-2020 to respond to the Census over the phone, between the hours of 7 a.m. and 2 p.m. Eastern Standard Time every day. A Spanish-language number is also available at 844-468-2020. The Census website also lists numbers for languages other than Spanish or English, which are available Monday through Friday, 8 a.m. to 10 p.m. EST.

You may be prompted to request a call-back time if the volume of calls is too high at the time of your call. You can provide your preferred phone number and a convenient time for a return call, and a U.S. Census representative will call you back.

Responses are kept confidential, and the Census representative will not ask about your financial information or Social Security number over the phone. Census workers will occasionally follow up with homes to ask questions about their responses if something is unclear. Phones may occasionally label Census Bureau numbers as “marketing” or possible scam numbers, but if there is any confusion, you can call 844-809-7717 to confirm the legitimacy of the phone call.

The 2020 census asks about people’s sex and only provides the answers of “male” and “female.” It does not provide a box for nonbinary or trans individuals. The National LGBTQ Task Force reminds people they can “self-identify here in the way that feels most comfortable” and the Census Bureau doesn’t cross-reference individuals’ answers on the census with any other documentation. Answers to this question do not need to match what you have on official documents.