How the West is Being Won 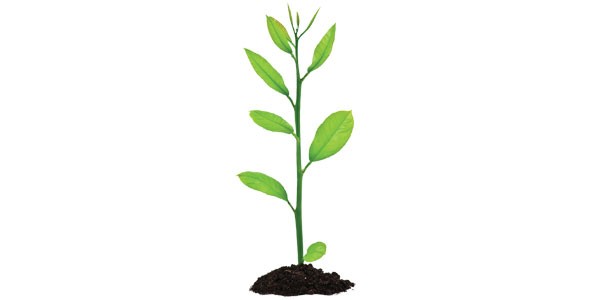 Not so long ago, when some folks in Elliott conceived the idea to convert an empty lot from an eyesore into a Veterans Memorial — complete with small pool, pathway, brick work and fencing —50 people showed up to help.

And when Ericka DiVito set about to transform another empty lot into an Edible Garden — with rain barrels, a dozen 4-by-12-foot raised beds for growing fruits and vegetables — some 30 people came to lend a hand.

Here, she gestures, there were weeds and trash. Now there are tomatoes and basil, cabbages and cukes and peppers.

"We're a collaboration of people working together to bring Elliott around," offers resident visionary Gena Turner, "to make it livable and beautiful and green. Our goal is simple: to revitalize and energize the neighborhood so that it can attract new people."

Having worked for community causes for decades, by 2010 Turner felt that existing efforts were not sufficiently focused on the hilltop neighborhood. The nearby West End, with its shops and galleries, was getting attention. But not Elliott, perched high above it, a place full of aging homes and crumbling streets.

Taking matters in hand, Turner formed the Elliott Community Group and focused all her considerable efforts on the home front.

Elliott, which occupies just six-tenths of a square mile, now houses some 2,300 people.

Justly famous for the Overlook, which arguably offers the region's best view of the Point, Elliott began life as a farming and coal-mining community. In the days of streetcars and nearby shops, when people rarely left their neighborhoods, Elliott's then-7,000 souls enjoyed a lively, thriving mom 'n' pop commercial district.

By mid-century, as war-time steel demand ebbed and people moved elsewhere, the world trended away from local groceries and hardware stores. By the time Big Steel went down, Elliott, like many century-old city neighborhoods, was locked into a seemingly inexorable decline.

One way to deal with derelict housing is adaptive reuse. Recently, a long-dormant Knights of Columbus building, which had begun life as a fruit store, was transformed into the clean, well-lighted New Life Fellowship Center. In what was a run-down building near demolition, Pastor Chris Mays fashioned two large multi-purpose rooms with a new roof, laminate floor and modern kitchen. Now the center hosts social events, Wednesday-night scripture study, even a Vacation Bible School, which last summer attracted 40 kids.

"It's one thing to pray for the community," Pastor Mays says. "The larger question is, do we love the community enough to care for it? If so, we have to do something. We have to be a part of making things happen."

"I viewed this church as a legacy," says Mays, a South Fayette native who returned from a posting in Virginia to take his father's pastorship. "I grew up here. I cared about the members. So I returned to help the church move to the place it needs to go."

Like Mays, Ericka DiVito came to Elliott from without — in her case Point Breeze — because she could get a lot more house for her money. As someone who's fixed up her own home, DiVito agrees that Elliott needs a good, stiff dose of house recycling. Currently, the neighborhood is burdened with some 80 vacant homes, an unacceptable 20 percent of its housing stock. Of the remaining 80 percent of occupied homes, nearly half are rentals. "That's what we want to change," Turner says. "We want owners who live here. Because owner-occupied home ownership means that people will care enough to develop the neighborhood."

Development, for Pastor Mays, means "bringing the best things about the past into the future."

Elliott's champions are wise enough to know that they will never return to the bustling 1940s; instead, they hope to generate contemporary versions of older amenities. A real café, for example. Pop-up stores. More hands-on projects like the Veterans Memorial and the Edible Garden.

As they work toward the future, they're celebrating the fall harvest, their small, urban Oktoberfest. With friends and neighbors in tow, DiVito will lead an effort to clean out their plots, pick their green beans and peas, spinach and squash. They'll eat some, and put up the rest for winter. They'll swap recipes, play games with the young 'uns, even carve pumpkins. Then they'll top it off with a party at New Life.

"Elliott's a work in progress," Pastor Mays says. "It's one lot at a time."