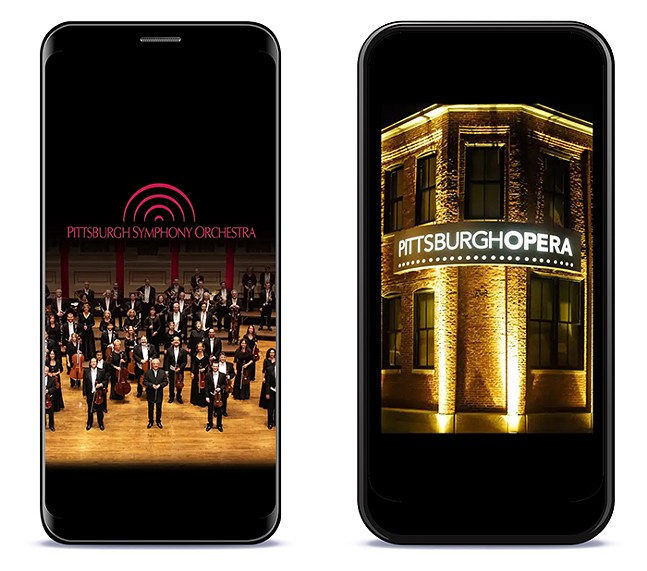 If you've ever been to the Pittsburgh Opera and felt that you really needed to know more about the principal oboist, or became so moved by a performance that you felt compelled to donate before the end of intermission, you're in luck. The Pittsburgh Opera app, launched in March 2019, includes information for all upcoming shows, full bios of all its staff, videos and photos of performances, audio samples, and much more. The app is part of a growing movement of Pittsburgh cultural organizations using technology to reach new audiences and connect more with their regulars.

“It is true that our ticket buyers tend to be a little older than the general population,” says Christian Cox, Pittsburgh Opera’s Director of Marketing and Communication. “But in terms of new audiences, we don't focus on age, we focus on behavior.”

Pittsburgh Opera debuted its app this season, with new functionality that allows audience members to engage with the content in real-time during the performance (not during during, though). Cox says the app’s recently introduced features include historical context for a specific scene in a performance, interviews with the cast, and trivia on the production. Cox says they will continue testing new functions and expanding the app into the future.


PSO’s app offers similar functions, such as ticket purchasing, background information on the performers and shows, as well as places to eat and park around Heinz Hall.

At Pittsburgh Ballet Theater, audio-describer MaryAnn Graziano provides live narration over headsets provided to patrons with blindness or low vision. PBT continues its efforts to welcome differently-abled people in the forthcoming 50th anniversary season, including a sensory-friendly performance of Beauty and the Beast in February 2020. Accessibility has also become a greater factor in PBT’s educational programming, with specialized dance classes for people living with Parkinson’s Disease and autism spectrum disorders.

Technology is deeply ingrained in how PSO approaches the production, recording, and sharing of its performances, including live streaming concerts and digitizing its archives. Recently, PSO percussionists and horn players situated backstage used a live feed of conductor Manfred Honeck to keep up with the piece and hit their cues. A similar system is in place for performances of live film scores, in which the conductor has a monitoring system to keep the orchestra in time with the visuals. 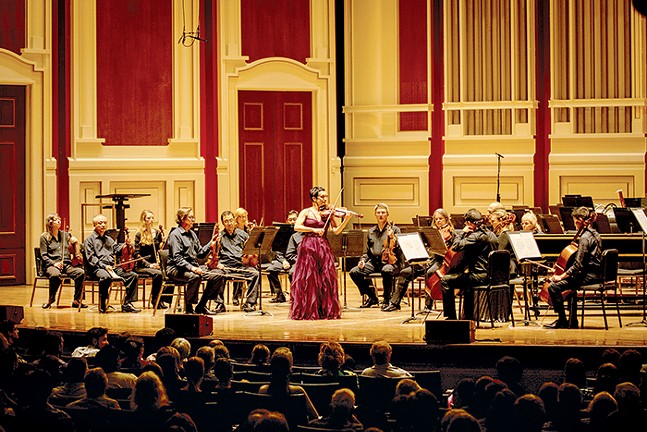 Next year, the PSO will go even further with the world premiere of World’s Greatest Synth: The Making of the Orchestra, a piece co-commissioned with four other symphony orchestras and debuting in Chicago in March 2020. According to the PSO, the piece integrates “film, animation and pre-recorded sound with live performance” and “examines the inner workings of an orchestra.”

“World’s Greatest Synth: The Making of the Orchestra flies inside musical instruments to explore the age-old connection of creativity and technology,” says its composer, Mason Bates.

The necessity and ubiquity of social media marketing isn’t exactly new, but for more traditional cultural institutions, it offers new ways of reaching audiences and providing comprehensive information about their performances. People might not be able to attend every performance they want to see, but through consistent sharing, the technology can help fans stay engaged and be aware of programming.


“[PBT is] hoping to attract audiences of differing abilities and backgrounds as well,” says Katie Drozynski, Media Relations and Content Marketing Manager at PBT. “We're working to expand our reach in the area to new neighborhoods and other parts of Western Pennsylvania, connect with more diverse audiences, make opportunities for people of different socioeconomic backgrounds to see ballet and make sure we are inviting to patrons of differing physical and intellectual abilities as well. Ballet is for everyone.”