Walking through my first Pride in Pittsburgh’s North Side earlier this month was like being in a fairy tale: Surrounded by friends and family, I was able to act as gay as I pleased without ever having a single fear of judgment or personal safety. For the first time since I came out as a trans woman earlier this year, I found myself able to live freely.

I knew I was transgender when I was 6 years old. It just took me almost 40 years to live my truth.

As early as kindergarten, I remember vividly wishing I was allowed to wear Mary Jane shoes. But growing up with mostly older boys meant a childhood of never jumping rope on the playground and, instead, playing football — a masculine role I would eventually take on. 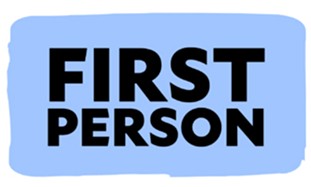 Still, I started secretly collecting feminine clothing and would often purge them to feel in control of my gender identity. When my mother found my collection, everything went sideways. She laid out all my clothes and confronted me about them in front of my stepfather, someone who was always demanding I butch up and “be a man.” My anger and depression from my parents’ abuse led to me abusing cold medicine, which landed me in rehab. When I was officially diagnosed with gender dysphoria at age 14 while in rehab, my mother chose to ignore it and only focused on the side effects of abusing Benadryl.

Soon after, I chose to call myself Nikki, but only told a few friends. A rumor at school started that I was a closet crossdresser, and I began working extra hard to deny that.

In my 20s, I found community in a group of fellow eclectic artists who I confided in, but after I got married to a woman, I ended up back in the closet for another decade. After we divorced, I came out again to a few good friends, and even had a boyfriend for a while. When I met my second wife at age 36, I let her know my sexual orientation but not my crossdressing because I still didn’t have a grasp on my gender. I came out as bisexual in 2018, but nothing changed. I had only a casual queer community who didn't know my full story because I really didn’t honor that side myself. In essence, I was still in the closet.

Being a private crossdresser was easy enough to hide. But what I didn't realize at first was the euphoria I experienced when expressing that side of myself was close to what cisgender people commonly experience living in their own bodies.

In search for answers to help me understand, I stumbled upon a therapy-focused online support group and many non-sexual LGBTQ groups on Reddit. I found honest and caring support from other married crossdressers like myself who also had young children. Many of them encouraged me to explore what I was experiencing and pushed me to consider telling my spouse before it was too late. A spouse discovering a hidden pile of women’s clothes can sometimes lead to feelings of betrayal, they told me. I assumed I would keep this secret to my grave and often worried what would happen if I died suddenly. What would they find of mine?

The pandemic changed everything. I genuinely thought we were all going to eventually die of COVID. In fear of the collapse of American society, I built a panic room on the top floor of our house, which included physical barriers to slow down intruders and a chain ladder for escape. I was terrified that I would be unable to protect my family from evil. One night, during a profoundly intense panic attack, I lay in bed shaking uncontrollably. I was convinced I would die but I found myself paralyzed, unable to ask for help. I came out of it shaken to my core but with new confidence in my path and realized this was finally my chance to examine myself fully. After my time working for hospice care, I saw many deathbed regrets and I knew it was time to pivot my path.

Something had to give.

I soon discovered that every assumption I had about trans folks was incorrect, that the stereotypes taught to me by my parents and peers came from fear and ignorance, not truth. Yet, despite knowing that facing this truth would put me at risk of violence and ridicule from those very folks who are so quick to discriminate, the answer from everyone on the other side: this was the best decision they'd ever made. And they were right.

There has never been a better time than right now to start living your very best life.

I came out to my wife of 10 years in August 2021. It was at first an admission of crossdressing and discussing what this would mean to our marriage and family, and then revealing that I was a trans woman. Despite knowing it was a huge risk, I had seen it work out for many others and I knew I needed to do this for my ultimate happiness. Sadly, it did not work out for us, but that’s OK. I was never going to become a better parent, a better spouse, a better friend until I faced myself and my truth once and for all.

I moved out in January 2022 and started hormones for gender transition to female. I went alone and cried incredible tears of joy. It felt like the nurse had injected sunshine into my thigh, and I wanted everything it was promising me. July 10th I will be 6 months on hormones, and it has been the best era of my life. Becoming true to oneself is essential to honoring your soul and the best gift you have to others is being 100% genuine. 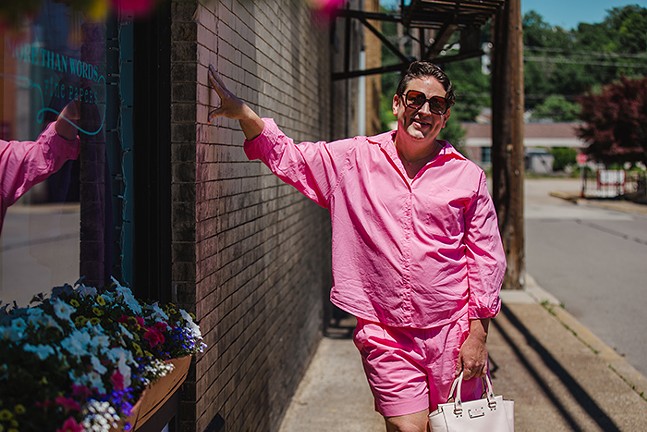 At first, I felt I was betraying my family by moving from Washington County to transition alone in Pittsburgh, but it turned out to be the very best for everyone. I have my two kids over half of the week and continue to be very involved with their lives. We just celebrated Father’s Day and they gave me a bouquet of flowers. There are no rules to life; this is how we do it.

The euphoria that I now experience on a daily basis comes from little things. It’s someone smiling in acceptance, a woman treating me as an equal and not the weird dad who always makes friends with the wives because the husbands are … well, men. It’s often just the pride in myself for finally figuring out what’s felt missing for 47 years. I tried to fill a space with everything but the truth.

I’m working very hard to live as free as I felt that day at Pride. I try to spread love wherever I go in hopes that society will continue to evolve and realize there’s absolutely nothing wrong with being queer. I am filled with joy seeing that the next generation is learning this before I did and cheer on kids who are able to come out while still in high school, saving a lifetime of struggles. I know there will be a time when being transgender doesn’t raise an eyebrow and we can all simply live.

Nikki Burfield is the artist Tiltcycle. If you want to send a message to Nikki, email supertranswoman@gmail.com.