How children protesters change the world 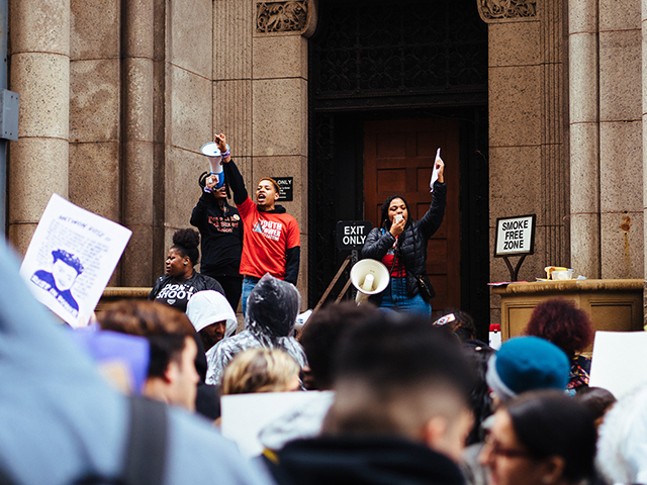 In March of 1955, Claudette Colvin was sitting with three friends on a bus in Montgomery, Ala. As the bus drove closer into town and more white passengers boarded the bus, the bus driver asked — no — he told her and her friends to move. Her friends did; Colvin did not. She is quoted as saying: “History glued me to the seat.”

She was fifteen years old then. She is now 79.

Then it's 1963: The Birmingham Movement in Alabama. Students were being sprayed with high-pressure fire hoses, attacked by police dogs, rounded up, arrested, put into paddy wagons and sent in jail en masse. Stirring black-and-white images were broadcast and published all over the world, dispelling the fairy tale that the United States is the “land of the free ...”

They influenced, or shamed, the United States government into passing the Civil Rights Act of 1964.

In 1964, Bob Moses led what was later called “Freedom Summer.” This was a project to get college students to help register African-American Mississippians to vote. Though they could legally vote, intimidation and other voter suppression efforts kept many from registering. People could lose their jobs, homes, and/or lives. In fact, some of the student volunteers were beaten or lost their lives just registering Black Mississippians to vote.

In 1976, the South African Students Movement led the Soweto Student Uprising against apartheid. It is estimated that 10,000 students joined this march. Following in the non-violent tradition of African-American civil rights movement, these students were asking for equity, justice, and fair representation. This did not stop the police and military from killing many. How many? No one knows. Reports vary from 20 to over 200.

In the 1980s, students from South Africa continued these protests. Their efforts inspired others all over the world, including students in Pittsburgh — including me — to march in protest to the racist segregation in South Africa. This apartheid system officially began in 1948 and ended in the 1990s, but white supremacy and color-based segregation still exists.

2019: As I typed this, over 1,000 students marched through downtown Pittsburgh, protesting the acquittal of the former East Pittsburgh police officer who took the life of Antwon Rose II. They marched out of anger. They marched out of hope. Some marched because they know they could be the next unarmed child killed; some because they know their skin color acts as a shield against most police brutality.

The youth, like so many times before, through clarity of spirit, brought a belief in a better future.

We must celebrate the youth, protect the youth, and defend the youth. However, we cannot wash our hands of responsibility by depending solely on the youth.

Yes, the children are our future. But guess what? So are we.