State Rep. Aaron Bernstine (R-New Beaver)
A Republican lawmaker from western Pennsylvania who recorded himself encouraging his five-year-old son to smoke a cigar and use vulgar language about women is now defying calls for his resignation and instead asking voters to make up their own minds with less than a month until the election.

In a statement to the Times, Bernstine said the videos were shot while on a family vacation with friends this summer, and that he regretted the videos.

“Like many parents, I have made errors in judgement and taken jokes too far with my son and his friends. None of those were made with malice or ill intent,” Bernstine said.

But the videos were enough for House Republican leadership, who asked for Bernstine to step down Thursday in a joint statement issued less than 24 hours after the story was published.

“As parents and fellow legislators, we are disgusted by Rep. Bernstine’s conduct. In order to take the time necessary to focus on his family and repair his relationships, we call on Rep. Bernstine to immediately resign,” the statement reads.

Jason Gottesman, spokesperson for House Majority Leader Kerry Benninghoff (R-Centre) added that the incident “is a good reminder that the conduct of every member reflects on the body of the whole, whether that’s official action or personal.”

By 2 p.m. on Thursday, Bernstine’s official state Facebook page was deactivated. However, Bernstine has not yet been stripped of committee assignments, according to Gottesman.

In a response video posted to his personal Twitter a half hour later, Bernstine declined to leave office.

“You have the opportunity to go to the polls in 26 days and decide who you want your representative to be,” Bernstine said.


I vow to do better..... pic.twitter.com/TUnA4YvFAM

Bernstine was first elected in 2016, beating a Democratic incumbent, and soon after began to spark controversy.

In fall 2017 he suggested, in response to a video of Black Lives Matter protesters blocking highways, that “If anyone EVER tries to stop my car on a highway with negative intentions … I will not stop under any conditions.”

The tweet drew widespread criticism, including from a Republican colleague.

In his response video, Bernstine added that “party bosses” from both sides were going to “try to take advantage of this situation” to “score political points.”

“Over the next 26 days, there’s going to be a lot of other things people try to put out, some of them true, some of them manipulated, and some of them downright false,” Bernstine added.

President Donald Trump won almost 60 percent of the vote there, but Gov. Tom Wolf, a Democrat, took 49 percent in his 2018 reelection.

He faces two opponents on Nov. 3 — Democrat Kolbe Cole, as well as independent Jonathan Peffer. Both opponents have also called for Bernstine’s resignation in light of the videos.


My official statement regarding the Aaron Bernstine article. pic.twitter.com/HYwVOFp6xm

With less than a month until the election and ballots already printed, it is too late for Bernstine’s name to be taken off the ballot barring a court order, according to Department of State spokesperson Wanda Murren.
Stephen Caruso is a reporter with the Pennsylvania Capital-Star where this story first appeared. 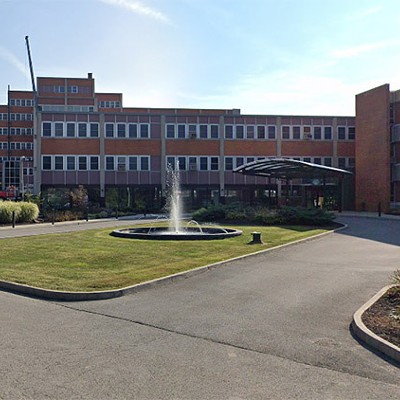 POISE Foundation to provide up to $25,000 in grants to small Black-led organizations in Pittsburgh