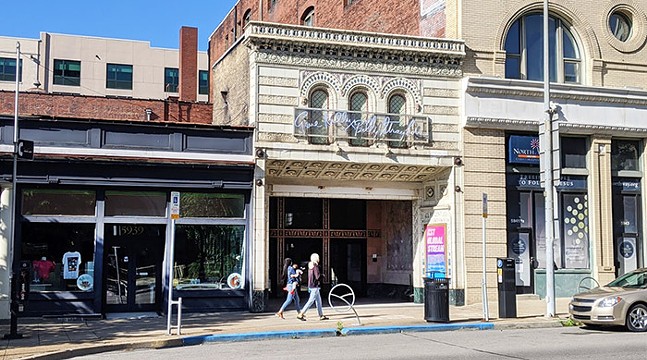 CP photo: Amanda Waltz
Kelly Strayhorn Theater
Last year, many initiatives popped up to help organizations survive the pandemic, especially for those in the arts and entertainment industries. Hotline Ring, a local collective born out of the pandemic and organized by Kelly Strayhorn Theater, is back for a second year to support seven arts organizations led by or supporting those in the community who are queer, Black, and people of color.

On Thu., July 15, Hotline Ring will livestream from 6-10 p.m. via a YouTube link on the collective's webpage. This year, the benefitting organizations will be 1HOOD Media, BOOM Concepts, Braddock Carnegie Library Association, Dreams of Hope, The Legacy Arts Project, PearlArts, and Kelly Strayhorn Theater.

“Our vision remains – a future of abundance and shared resources fueled by inclusive arts experiences through affordability, multiple forms of access, a range of aesthetics, outreach, and education," reads the Hotline Ring webpage. "As organizations in community with or led by queer, Black, people of color, unity draws us together to create systemic change, divest in state-sanctioned violence, and build space for healing.”
The show will be hosted by the Kelly Strayhorn Theater executive director Joseph Hall and include "live musical performances, beer tastings from local breweries, interactive games, dance performances, and guest appearances from community members in a variety show format," according to a press announcement.

There will also be snack boxes by the Highland Park Brazilian eatery, Casa Brasil, which will be given out free to the first 100 people who donate locally by July 13 to Hotline Ring.

The 2020 event raised $130,000 and is described as showcasing "a dynamic representation of regional and national artists, projects, and programs."

Details about 2021 Hotline Ring can be found on the website. You can donate now by designating a gift to a specific organization, splitting your donation among several organizations, or give to the fundraiser’s shared pool of contributions which will be distributed equitably among the seven organizations.

In contributing to the organization(s) of your choice, 10% of your gift will automatically be added to the shared pool of contributions. In addition, Hotline Ring will address the "disproportionate ways that resources are distributed in our city," by giving Black femme-led organizations a greater portion of the pool.
Hotline Ring. 6-10 p.m. Streaming on YouTube. Free. Donations encouraged. kelly-strayhorn.org/hotlinering

Turning 125, an embattled borough looks to the future 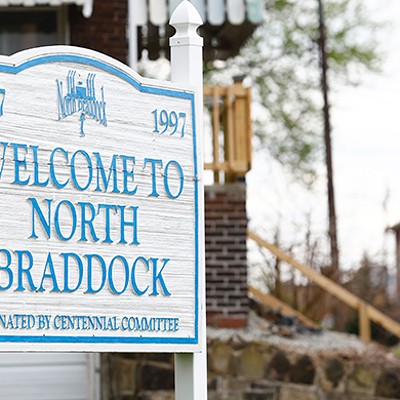