At Braddock pizza oven, community spirit is baked right in. 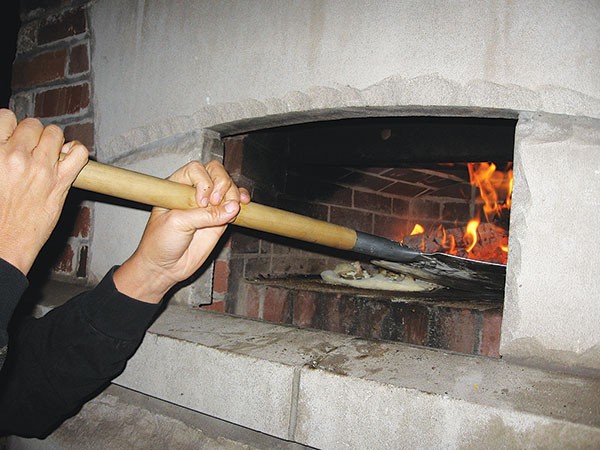 The Edgar Thomson steel works isn't the only source of smoke on Braddock Avenue: Beside the old St. Michael's convent across the street, a community pizza oven pours its own plume into the air.

The oven was inspired by an idea proposed by amateur baker Ray Werner. "He said, ‘Ovens do really exciting things,' " recalls Jeb Feldman, owner of UnSmoke System Artspace. "‘People come together around a space and cook, which is a community-building activity.' " And thus, the oven was built from reclaimed material, and the effort of community activists like Feldman.

Nearly five years later, the oven bakes a few times a month in peak seasons, when it serves as a beacon for non-profit events, literary readings (like the upcoming Wood-Fired Words) and other community-based activities. (Inquire about reservations at braddockmayor@gmail.com.)

Writer, professor and food enthusiast Sherrie Flick was present for the oven's first use. She's taken her Chatham Food Writing classes — including one I attended — to the oven each summer.

"Smoke, heat, ash — all combine with the food and atmosphere to create a fantastic eating experience," says Flick. "It's like a campfire without leaving the urban core."

Oven temperatures "can top 500 degrees when everything is right," Flick adds. "Baking at that temp is stunning. You get a crispy, chewy crust that's charred and smoky... the wood-fired flame almost becomes an ingredient itself."

Oven gatherings involve a potluck of toppings, many direct from gardens. It's a creative, active, collaborative process, and the heat has attracted some big names, like chef Kevin Sousa, who tried his hand with the oven in May.

"It's a great example of how to use space and close the [food] loop," he says. "You plant, you grow, you cook and then you eat, and it all can happen outdoors... Every time it gets used, it activates an energy here."