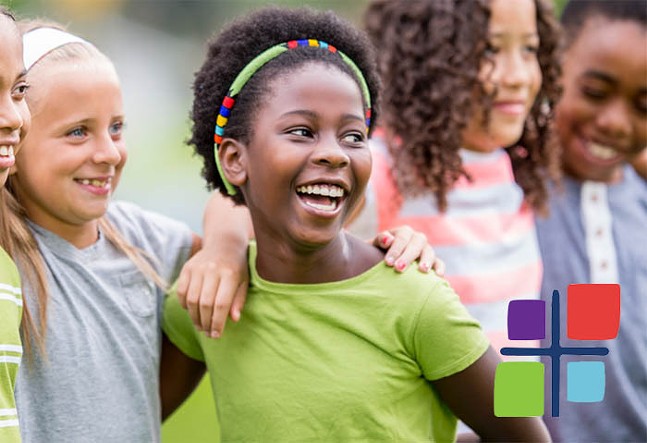 Photo: Courtesy of Hosanna House
Hosanna House Inc.
A new collaboration between the Wilkinsburg-based Hosanna House and the Children's Museum of Pittsburgh not only honors the history of aviation in the United States but the underrepresented groups who contributed and will continue to contribute to its progress.

The two nonprofits unveiled The Center for Aviation Technology and Training, or CATT, and Tuskegee Airmen Museum, and will feature a traveling exhibition from the Smithsonian Black Wings: American Dreams of Flight.

The debut of CATT and the Black Wings coincides with the opening of Hosanna's newly renovated Sherwood Event Center, a Forest Hills-based space where the nonprofit plans to host weddings and other community gatherings.

In a press release, Hosanna House founding CEO Leon E. Haynes, III says the Center for Aviation Technology and Training "provides a pathway for education and training" of Black and Brown children and teens that "increases their capacity to stimulate career opportunities that help build a foundation of financial security in the future.”

Black Wings: American Dreams in Flight will showcase the Tuskegee Airmen Museum’s growing collection of World War 2 and aviation artifacts, including a pilot’s flight suit and gear, autographed items owned by Tuskegee airmen, and other objects. Organized by the Smithsonian Institution Traveling Exhibition Service in collaboration with the Smithsonian’s National Air and Space Museum, the show is described as chronicling "the story of African Americans, who, despite facing racial barriers, attained great achievements in the world of aviation."

“The Tuskegee Airmen Museum showcases the history, influence, tenacity, strength, and accomplishment of generations of African Americans who served our country in the field of aeronautics," adds Haynes.

The CATT program will set out to introduce preschool to adolescent-aged children to STEM education, and specialized training for high school students to prepare them for a two-year degree program in trade schools or other colleges.

In the summer, the program will also work with Hampton University, a historically Black private research college in Virginia, and Black Girls Drone, a nonprofit that uses drone technology education to empower women and girls from underserved communities.

“We are thrilled to help create experiences that are both innovative and inclusive,” says Children’s Museum executive director Jane Werner. “Our work with Hosanna House Inc. allows children and families to explore hands-on learning in informal settings, and build skills that help them make an impact in the Pittsburgh region and beyond.”

Haynes expands on this, saying that Hosanna House's long-standing partnership with Children’s Museum allows the organization "to leverage the capacity of an established museum whose mission is in sync with ours: education for under-exposed children and youth."