"To see it as a fan, to be a part of it in the minors and to be here now — I couldn't ask for a better script" 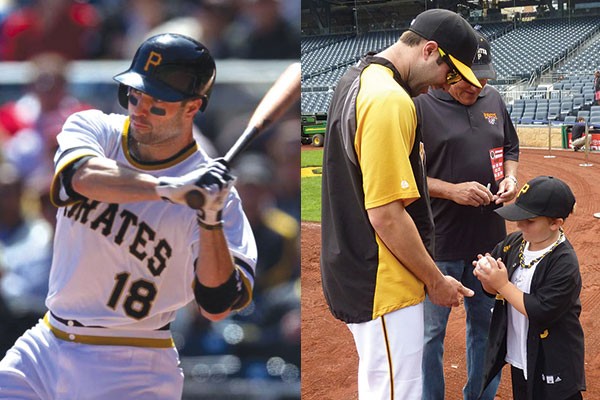 Six-year-old Bradyn Roberts stood dutifully along the dugout fence at PNC Park, watching some of the biggest names in baseball prepare for batting practice on Sept. 18.

When they were done stretching, Roberts made his move.

"Neil!" Roberts shouted as he jolted from his perch into the dirt. "Will you sign my ball?"

Walker, the 6-foot-3 Pittsburgh Pirates second baseman, walked up to the half-pint, who was proudly wearing Walker's No. 18 jersey. By the time all was said and done, Walker learned that Bradyn's birthday was imminent (Friday) and that he knows all the players; signed his jersey, T-shirt and a bobblehead; and posed for numerous iPhone photos. Roberts was smiling ear to ear and so was Walker.

"I gotta go catch, but I'll be back," the second baseman promised. "Make yourself at home."

It's easy for Walker to identify with Roberts because Walker is a Pittsburgh kid, too. He knows what it's like to be a fan of this team.

Walker's own love of the team started around the same age as Bradyn's, and it's still evident today. Two hours before batting practice, Walker stood in the wings of a press conference with Pirates legend Bill Mazeroski, who was presenting some of his personal memorabilia for an auction in November.

"I just wanted to see him more than anything," Walker said, standing behind a row of television cameras focused on Mazeroski's 1960 World Series uniform. "I'm just fortunate to play the same position as someone like him in the same organization."

It's an exciting time for the Pirates and players like Walker, who has watched this team struggle through a 20-year losing streak that finally ended this summer. As of press time, the Pirates were two wins from clinching a spot in the post-season.

"It's everything I've dreamed of. I've been a Pirates fan since I was 7 years old," Walker says. "To see it as a fan, to be a part of it in the minors and to be here now — I couldn't ask for a better script."

Walker's baseball script opens at home in Gibsonia. His father, Tom Walker, pitched for the Montreal Expos, Detroit Tigers, St. Louis Cardinals and California Angels through the 1970s, and his brother Matt was drafted by Detroit. While developing into a future Major Leaguer, Neil Walker also became a Pirates fan.

"I can remember sitting in Three Rivers Stadium, watching guys like Bonds, Bonilla and Van Slyke, running around the turf. I was maybe 6 or 7 years old," Walker recalls. "Those were awesome teams to watch."

But Walker didn't get caught up in wins or losses. Instead, he learned from what he saw on the field. "I was always watching how those guys played the game, how they prepared themselves and how they went about the game of baseball."

Walker played in high school for Pine-Richland, where he hit .657 with 13 home runs as a senior, helping his team win a Western Pennsylvania Interscholastic Athletic League title. In 2004, Walker became the first WPIAL player to be selected in the first round of the Major League Baseball draft since 1978.

And it was the Pirates who came calling, taking Walker with the 11th overall pick.  Being drafted by his favorite team "is something that's hard to describe," Walker says. "It's really a Cinderella story to grow up in this town, to be so involved with Pittsburgh ... and ending up with the [home] team is really rare in baseball. I feel blessed." 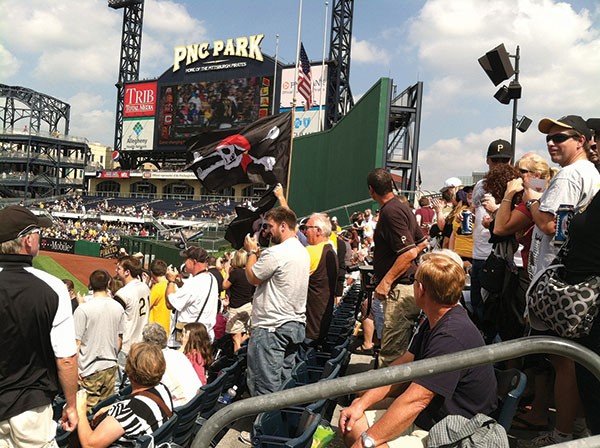 The significance isn't lost on players like Mazeroski, who grew up as a Cleveland Indians fan "but never got to play for them."

Since he became the team's starting second baseman, in 2010, Walker's contributions on the field have been notable. In 2012, he hit a career-high 14 home runs, the most by a Pittsburgh second baseman since 1999. He ranked third among National League second basemen in slugging percentage.

"While all of our players have a tremendous incentive to be a part of the team that turns this organization around, no one has more of that incentive than Neil Walker, given the fact that he lived through all 20 of those years in this region," says Pirates President Frank Coonelly.

Coonelly credits Walker's presence in the locker room and his "natural leadership talents as a young man."

"He's a guy who shows by example," says Pirates third baseman Pedro Alvarez, who calls Walker one of his best friends on the team.

"I don't know how he does it, to be the hometown kid and having to play in the big leagues at home. I'm sure he gets a lot of extra attention," Alvarez says. But, Alvarez adds, Walker never appears stressed by it. "He comes to the park every day ready to play, ready to compete." And having a local guy on the team is great, he jokes: "When you're trying to find a place to rent during the season, he knows all the spots and restaurants."

If there is added pressure being the hometown kid on this team, Walker says he doesn't feel it.

"I prepare myself every day and I believe in what I'm doing. I go out there and play my game and everything else kind of takes care of itself," he says. "We knew it was a matter of time [before] we'd have the group of guys here that'd take it to the next level.

"We finally have that."

Don’t forget to respond to the U.S. Census