"You can't lie about the food when you're at the farm." 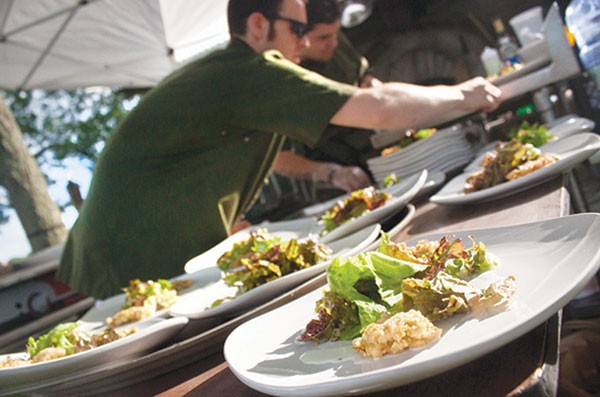 Jacob Mains spent five years working in Pittsburgh restaurants. Then he quit. A culinary-school graduate, he says he still plans to make cooking a career — but on his own terms.

"I saw a lot that I wasn't happy with as far as food quality," Mains says. 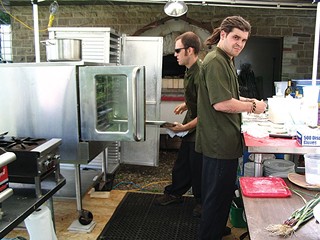 The 24-year-old recently launched The Farmer's Table, a series of dinners held on local farms — including Blackberry Meadows in Natrona Heights, Morris Organic Farm in Irwin and the Mott Family Farm in Salesville, Ohio. With a five-course meal cooked with ingredients from the farm (or one nearby) in his portable kitchen, Mains says he's found a way to ensure the food is up to his standards.

"You can't lie about the food when you're at the farm," he says.

Guests sit with the farmers, family-style, at white-linen-covered tables as Mains cooks. The menu varies depending on what is available, as does the style of the meal. And although he will cater to special diets, the menu "is definitely up in the air," until the day of the event, he says, adding he doesn't want to set expectations.

Joanne Jamis Cain, one of the guests at the first dinner on Manchester Farms, in Avella, in June, describes the experience as "beautiful and amazing."

"There was a farmhouse stuck in time, from the 1800s. There were cows down in the lower field, and a pond with some birds," she says, of the setting.

And the meal included "two gigantic meatballs made with beef from the farm and cheese from the farm," she says, adding that she grew up in a Greek household where her mom and aunts made everything from scratch — a tradition she continues. "Being at Jacob's dinner was like, I had to pinch myself that I was there and someone else was doing the cooking in a way that I totally loved." 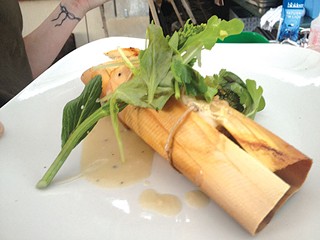 Five more dinners are scheduled from now through the fall. Event dates can be found at www.farmerstable.org. Mains says the new business is where he's found his purpose.

"For me, this is what I'm passionate about," he says.