Santa gets a makeover! 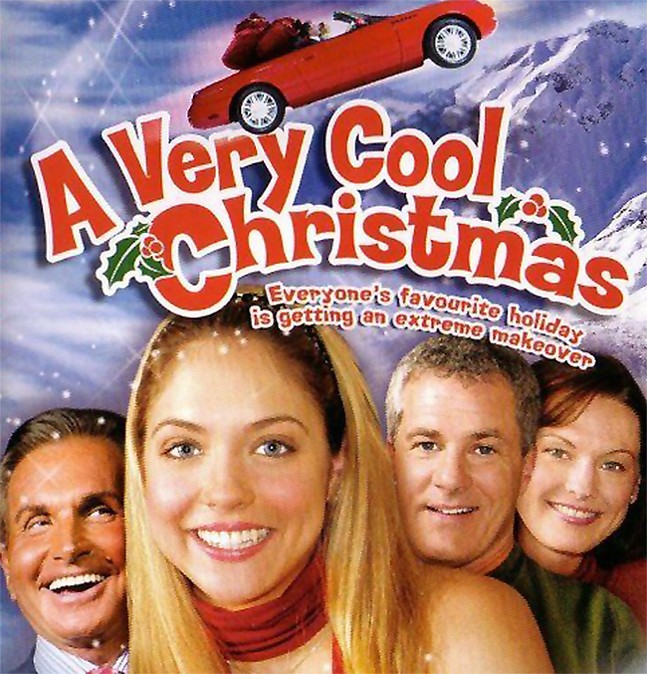 A Very Cool Christmas DVD cover
Spoiler: It's not that cool.
In the spirit of the holiday season, Pittsburgh City Paper presents a holiday movie advent calendar. One holiday movie review, every day 'til Christmas (probably).

The title, A Very Cool Christmas, could be taken one of two ways: either an especially cold Christmas, or a very hip and stylish Christmas. If I mention that the protagonist is a spoiled 16-year-old girl named Lindsay (Brooke Nevin), circa early 2000s, who drives a red convertible and a carries Chanel purse, maybe you can guess which definition of cool the movie favors.

The plot of A Very Cool Christmas is simple. Lindsay wants to spend Christmas at a ski resort with her friend Paige (Adrienne Carter). Plus, the "hottest boy in school" is going to be there too.

When Lindsay’s parents turn down her request to spend Christmas away, they also her call her selfish, causing her to question whether she does, in fact, only care about herself. (Spoiler alert: she does.)

In attempts to show how great of a person she is, Lindsay goes to talk to a mall Santa (George Hamilton), who she had earlier called “completely devoid of style." He ends up telling her that he and Mrs. Claus are having relationship troubles.

How perfect! This is Lindsay’s area of expertise, and she can prove her selflessness. Plus, in return, Santa will help with her ski trip problem. Cue the montage of her and Santa working out and taking spin, boxing, and dance classes. And whoa! At the end of this montage, Santa has completely lost his bulging stomach! (If you haven’t guessed by now, it’s the real Santa.)

But the make-over doesn’t stop there. After changing his physique, Lindsay takes Santa to get a haircut (and dye job), new clothes, and even a tan! Santa comes out looking like a rich, white male senior executive that just returned from a vacation in the sun.

The acting in the movie isn’t as awful as I thought it would be considering it only has 2 out of 10 stars on IMDB, but the plot and story line are just plain and boring. It’s superficial, slow-paced, and, unsurprisingly, has an all-white cast. But, what can you expect when a movie has ‘cool’ in the title?

A Very Cool Christmas is available to stream on Hulu.