We highlight the personal favorites of some of our regular music contributors. 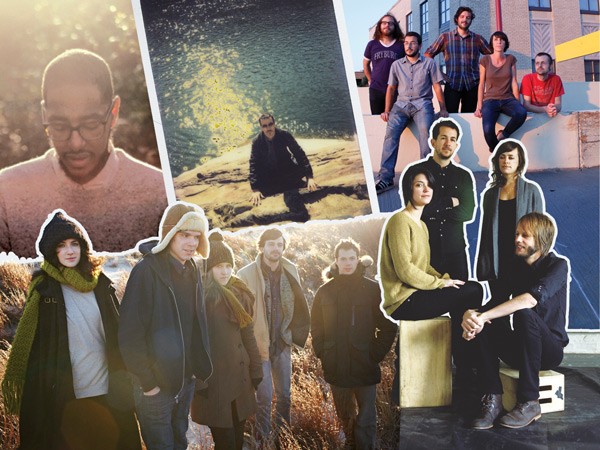 We discuss more favorites (and un-favorites) on FFW>>, our music blog.

The holidays are here, and for contentious music-lovers the best present of all is always speculation on the year's best and worst albums, videos and live shows. We at City Paper have opted to take a more open-ended approach, highlighting the personal favorites (and least favorites) of a number of our regular music contributors. Of course it's not comprehensive, but it should bring back some memories of recent months, and spark some discussion.

Frank Ocean is a great writer. The combination of his harmonic vocal melodies and the electro-neo-soul production generated one of the best R&B albums in recent time. — Rory D. Webb

This release is already at the top of a lot of writers' "best of" lists, with good reason. It's a profound statement on the rich musicality that techno can have, that most people aren't aware exists. I'd go as far as to say that it's a "best of the decade" album, and we're only two years in. — Kate Magoc

Zombi drummer A.E. Paterra's Vangelis/Carpenter-inspired solo project has never sounded like anything else being produced in Pittsburgh. Here, he pushes his love of classic prog and vintage electronic movie scores beyond the boundaries of mere fetishization. This is an album of restless ambition and epic scope, zooming in and out of desolate soundscapes with hypnotic tapestries of classic synthesizers and stadium-sized drum parts. — Patrick Bowman

Both of Sharon Van Etten's performances with her full band this year contained moments that were truly breathtaking; her latest album, Tramp, has intense moments and meditative moments, and when performing live, she translates them exquisitely. Backup vocalist Heather Woods Broderick is a crucial part of the formula. — AM

The rapper/producer hailing from Washington, D.C., made his way to the 'Burgh for a second time in recent years, this time with a backing band. Although he was good the previous time, this time he was great — controlling the crowd with each word as he tore through his latest album release, People See What They Hear. — RDW

BEST SHOW THAT NO ONE SAW

En route to Pittsburgh, these Philly-based tourmates ran into some van trouble, making them several hours late to the show. The four or so people who hung around enjoyed an outstanding evening of deep, dark sludge and doom, possibly made darker by the sour moods of the band members. Luckily, both bands return to Howlers before the end of the year, on Dec. 27. — Margaret Welsh

Blunderbuss was a beast, and while I know he was splitting time between festival dates, a European tour and some choice venues in different cities, I was seriously bruised that he skipped over Pittsburgh. — PB

Morrissey does not have fans. He has devotees. So when the man passes through, they pay homage in earnest, rushing the stage and risking injury from Event Security for the chance to embrace him. His 2009 show at the Carnegie Music Hall of Pittsburgh was lovely, but not quite in keeping with his grandeur. Heinz Hall, the venue he announced for his 2012 tour, was suitably majestic. But he cancelled the tour to return to his ailing mother, leaving fans in the familiar position of feeling betrayed by their hero while sympathizing with him. Fortunately, the concert has been rescheduled for January. Like the protagonist of one his songs, fans are balancing their cynicism against very cautious optimism. — Ian Thomas

Too many cooks in the kitchen at this point made for a fractured album that never coalesced into anything particularly interesting. Simply put: They aren't fun anymore. — PB

Ethan Miller's Southern-rock outfit wowed me with its first two releases, then took a few years (and the help of Rick Rubin) to come up with this — unfortunately, a bloated release that lacks the narrative focus of the previous couple. (Disappointment is relative, though; there are plenty of records that came out this year that are much worse.) — AM