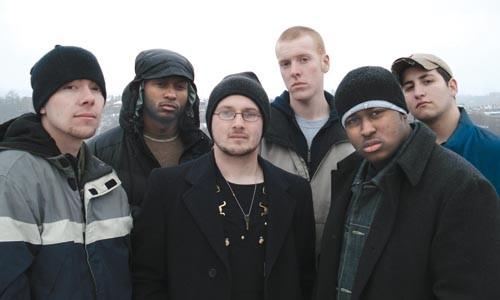 The fourth floor of the Pitt Student Union -- home to WPTS 92.1 FM -- once reverberated with the sounds of hip hop, thanks to legendary DJs such as Blakk Steel, Bonics and Selecta. Lately, standard indie rock has found more favor. But WPTS' co-directors of hip hop, Marcus Harris and Corey Mizell (a.k.a. DJ Karazmatik), aim to bring the flavor back to Pitt.

"There are a lot of strong artists in this local urban scene doing positive things," says Harris. "This campus is hungry for the music."

If you happen to see a freestyle cypher or whirling breakdancers on the Union steps this week, they're not filming a remake of Beat Street -- it's just WPTS' Hip Hop Week. Harris and Mizell have invited local emcees to rap on-air during the very live show slot when local bands normally play; all of Friday's programming will be dedicated to interviewing local hip-hop artists, and their music.

The main event takes place on Thu., April 19: an evening concert featuring the cream of the region's crop, from Rolling Stone wunderkind Wiz Khalifa to Harris' own group, The BNVz.

Formerly known as Beats N Verbz, Pitt hip-hop stalwarts The BNVz wield a full funk-rock lineup with bass, guitar, drums and keyboards. Founders Harris and bassist Paul "Kinase" Eppes met at a Heiruspecs show three years ago; since then, the BNVz have haunted local bars from Oakland to the South Side, opened for national acts and, in 2005, released a demo called We Blowin' Up. "We were the first live band to play Da Buttonpusha's Hip-Hop Buffet at the Shadow. Before that, she only had emcees," Harris recounts. "We just finished putting together our own studio at our house in Shadyside, so we're working on a new album."