The exhibition will feature costumes from the 35-year career of the Academy and Emmy award-nominated designer, including Do The Right Thing, Malcolm X, and Black Panther 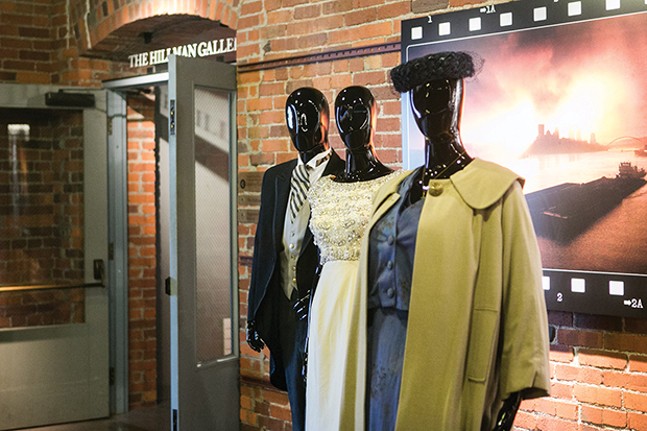 These words fly off the screen and into the heart of the viewer. They also reflect the artistry of one of the world’s leading costume designers, Ruth E. Carter.

FashionAFRICANA presents the world premiere of Heroes & Sheroes: The Art & Influence of Ruth E. Carter in Black Cinema. Opening Sat., Aug. 25 at the Heinz History Center and on view here through Dec. 2, the show then travels to Chicago, New York, and Los Angeles.

It's easy to assume an exhibition entitled Heroes and Sheroes would focus on Black Panther, given the financial and critical success (not to mention the societal impact) of that film. But as Carter explains: “Superheroes are one thing, but everyday heroes are another. Incredible people make gigantic contributions to the culture, the paradigm. It's important that we recognize them as heroes.”

Carter points to the Edmund Pettus Bridge march scene in Selma. Many of the extras were descendants of the “foot soldiers” in the Civil Rights movement. As she dressed the extras, she said, “You are representing your grandmothers, your uncles, your aunts. You have to think of them while you march, you have to be them.”

Demeatria Boccella, founder of FashionAFRICANA, explains how this exhibition came to be: “I have a list of people I want to work with, and Ruth Carter is on that list.” After seeing the electrifying first trailer for Black Panther in 2017, Boccella knew “it was now or never. I sent a proposal via an email on Carter’s website and luckily her assistant responded.”

Carter feels “Pittsburgh is the perfect place” to launch this exhibition. The late, great Bill Nunn Jr. was a close friend to Boccella and “film family” to Carter through their work with Spike Lee.  Also, Teenie Harris, a legendary Pittsburgh photographer, played a huge role in inspiring her work, “I fell in love with Teenie Harris before I knew anything about coming to Pittsburgh,” Carter says, adding that Harris’ work was the main inspiration for her designs used in Thurgood Marshall biopic Marshall (2017).

Ruth E. Carter’s work presents a rigorous authenticity, a truth that completes the story, making her one of the most in-demand costume designers in the industry. And Nunn used to say: “That’s the truth Ruth.”
___


Heroes and Sheroes: The Art and Influence of Ruth E. Carter in Black Cinema