"You're told in the same breath that someone's dead and you're responsible. Those are some pretty heavy things to process." 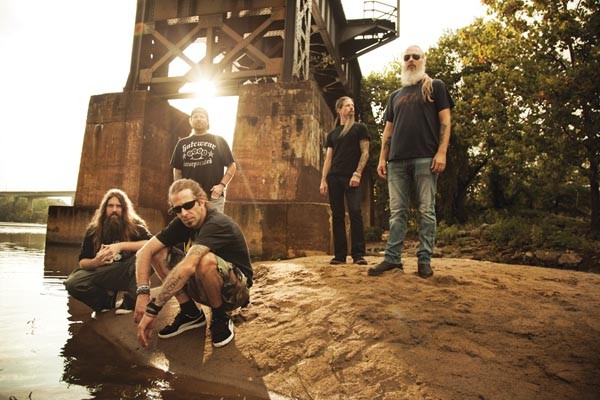 Back to normal, for now: Lamb of God

With IN FLAMES, HELLYEAH, SYLOSIS.

When asked how Lamb of God has managed to hold together for more than a decade, bassist John Campbell doesn't hesitate: "Success plays a part," he says. "It's an incredible rush to perform songs that you're really proud of and passionate about in front of people who are validating you."

And this five-piece metal band from Richmond, Va., has been validated in all of the old-fashioned, mainstream ways that bands — increasingly — aren't: record sales in the millions; Grammy nominations; huge tours with Metallica and Slayer; T-shirts emblazoned with the band's trademark avian imagery and worn to tatters by sullen suburban teen-agers.

But all of that became imperiled this past June, when singer Randy Blythe found himself in a Czech prison for his suspected involvement in the death of a fan during a concert the band played in Prague two years earlier. Reports of the actual incident vary. But, according to some witnesses quoted in Czech newspapers, the 19-year-old fan repeatedly climbed onto the stage before he was, allegedly, roughly pushed to the concrete floor by Blythe. He suffered brain trauma and died a few weeks later from injuries.

The U.S. Department of Justice was, according to Blythe's Czech lawyer, unresponsive to the Czech authorities' requests for help, and apparently nobody bothered to pass any of this news on to the band — at least until they flew into Prague this summer. Blythe was promptly arrested, and the rest of the band was held for questioning. "It was incredibly difficult," recalls Campbell.  "Not only was Randy incarcerated and we had to cancel the tour, but this was all over a fan dying. There was quite a bit of emotion there. You're told in the same breath that someone's dead and you're responsible. Those are some pretty heavy things to process."

Blythe remained in jail for more than a month. "I had a layman's understanding of U.S. law, which doesn't really relate when you're dealing with the laws of the Czech Republic," Campbell says. "It was unclear whether we had played our last show at that point." Blythe will likely stand trial in Prague for manslaughter, but a date has not been set.

In the meantime, the band is returning to business as usual — touring, playing and coming up with chugging riffs, throat-scraping vocals and demanding instrumentation — and getting back to more familiar, everyday heavy-metal controversies. For example, the band was banned from a Los Angeles venue after the proprietors learned that it was once called Burn the Priest.

Campbell chuckles lightly as he remembers that story — probably because it's nothing like the situation the members are in now. "In the case of Randy, I think it's very important not to lose the point of everything going on, which is that a kid did die. And the situation isn't completely resolved at this point."