Transgender patients “have to go through things that others don't for basic health care." 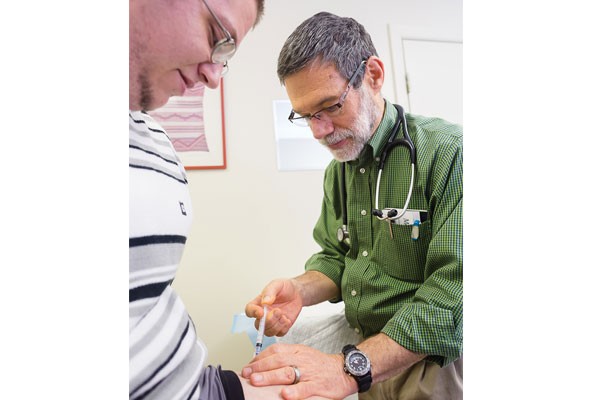 Three hours before Michael David Battle starts his day, he begins thinking about binding his breasts, and the questions he might face. What shirt will best conceal his chest? What if someone addresses him by the wrong pronoun?

"It's much different than ‘I really hate my body,'" says Battle. "It's that constant fear and dysphoria that goes with you every single day of your life."

Battle, who identifies as a black man of transgender experience, binds his chest daily and has taken hormones for two years. On Aug. 29, he will have chest reconstruction surgery. He'll pay for the procedure — all $6,738 of it — with money from fundraising and his own savings.

That's because for Battle and many others, most insurance policies don't cover transition-related health care — and in some cases even standard health care — for transgender patients. And even if they did, a patient has to find a friendly doctor, something advocates and transgender residents say can be hard to do.

"It's a highly stigmatized issue," says Sandra Soloski, program director at Persad, a Garfield-based counseling center for LGBTQ and HIV-positive people. The center provides referrals for trans clients and has a trans team that coordinates resources, which can be hard to find. "Some doctors are not clinically competent because they've just never looked in that direction," Soloski says. "Some may have attitudes themselves about it."

Indeed, despite living in a city known for its "eds-and-meds" culture with health-care giants UPMC and West Penn Allegheny Health System, the transgender community often gets left out.

While the Allegheny County Health Department provides services to whomever comes through its doors, it doesn't offer specialized services for transgender patients. And while some UPMC/WPAHS physicians do work with trans patients, the lion's share of medical support is being picked up by a small group of physicians and advocates, many of whom work in community-health clinics. Among them, the best-known is Metro Family Practice in Wilkinsburg.

Trans care "[is] not part of people's consciousness," says Metro's Dr. Martin Seltman. "[Doctors] aren't conscious about it and patients have to be pretty comfortable to reveal it."

Finding a trans-friendly doctor in Pittsburgh often relies on word-of-mouth referral, with friendliness defined both by clinical competency — knowledge about medial issues like hormone therapy — as well as cultural competency. Do intake forms include transgender or gender-non-conforming status? Are the pamphlets and waiting-room materials sensitive to trans concerns? Protocols for providing informed, empathetic care for trans patients have been issued by a number of organizations, including the World Professional Association for Transgender Health. But that doesn't mean every doctor uses them — or even knows about them.

"The way some doctors communicate about trans patients is demeaning — the wording people use, there's not a respect or understanding or an acceptance," says Dr. Stacy Lane, a physician who provides primary care to transgender patients, among others, at West End Health Center. Lane recalls that in one patient's file, for example, a physician described a patient has "a 35-year-old male who wants to be called a woman."

"The refusal to call a person by their preferred pronoun is discriminatory," Lane says. And such behavior is "probably a lot of the reason why [transgender people] don't embrace the medical community."

According to 2011's National Transgender Discrimination Survey Report on Health and Health Care, discrimination is a real concern. Nineteen percent of survey respondents reported being refused care because of their transgender or gender non-conforming status; 28 percent reported harassment in medical settings, while half reported having to teach their providers about medical care.

Such barriers can have serious health effects.

Some trans people resort to buying hormones online and taking them without a physician's guidance, which Seltman and Lane note can be very dangerous: Transgender men are more at risk for liver function problems, for example, while transgender women could be more susceptible to blood clots.

"Making the transition is hard — but satisfying and good," says Seltman. And having a support team that includes an understanding, knowledgeable medical professional can be vital. "It's really helpful to go through it with someone who understands and can be supportive. It can be isolating. There's a lot to be said to have that support."

And transgender health care isn't strictly for transition. Chronic asthma has sent Lawrence Dykeman, a transgender man from the South Hills, to the emergency room multiple times. Each visit presents a similar scenario: "If you're perceived as a man, the first thing they do is ask you to take your shirt off," Dykeman says. "I'm not going to take off my shirt because of my chest binder."

Some providers understand and work around it. Others don't. "It's kind of a gamble," he says.

Dykeman acknowledges he needs to see a pulmonary specialist. But he hasn't done so "because it's hard to figure out how to find someone who's trans-friendly."

Dykeman is also uninsured — one of the biggest barriers for care for transgender patients. Many insurers consider trans-related medical care as cosmetic, and elective. And because trans people often suffer economic discrimination as well, it can be a challenge to get even rudimentary coverage.

"I end up spending all of my money and time on trans issues and ignoring other health problems," Dykeman says.

Community clinics do pick up some of the slack. Project Silk, Planned Parenthood and the GLCC, for example, all provide community resources. And it's partly why Battle founded the Garden of Peace Project, a community organization for the gay community and HIV-positive individuals that emphasizes the exploration of self. In addition to developing community awareness, the group has a fund to help pay the legal cost of name changes.

"We have a misconception that the ‘LGB' community understands what the ‘T' community goes through — that's not always the case," says Battle. "And there are a lot of resources out there, but the community doesn't know about them."

Among them is Metro Family Practice, a nonprofit that provides care regardless of a person's ability to pay. Metro primarily serves three groups: Wilkinsburg and East End residents who lack adequate insurance, LGBT patients, and those interested in holistic/integrative medicine.

Being so well known has its drawbacks, though. The wait time to get a first-patient appointment at Metro, Seltman says, is about two to three months. Even so, Metro clients come from as far away as West Virginia, Ohio, Harrisburg and Erie.

"I always offer, ‘If your [hometown] doctor wants to do this, I'll talk them through it,'" Seltman says. "Maybe one has taken me up on it. Some aren't comfortable. For others, it's extra work."

That often leads to patients advocating for themselves, which can lead to mixed results. Some have had positive experiences. Battle, for example, printed standard-of-care guidelines to present to his doctor. "She responded to it and we started hormones," he recalls. "We have to advocate for ourselves."

But such advocacy can be draining. "Sometimes I'm tired of knowing more than my doctor about trans issues," says Rayden Sorock, a local transgender advocate. "But to be fair, there's not a lot of information out there." Sorock, a transgender man, recalls having to educate his college health-care provider on hormones and the effects of testosterone on the female reproductive system. 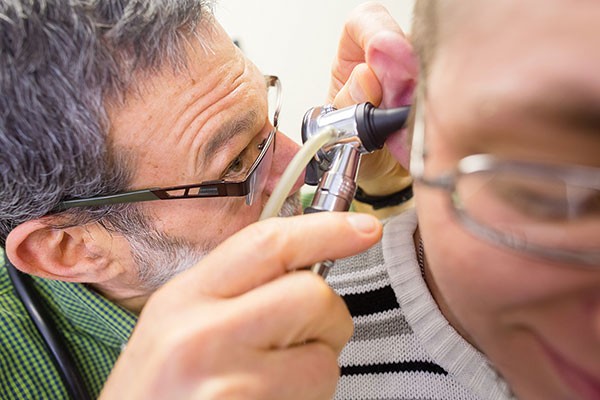 Such burdens, some observers say, magnify the discrimination that the community faces already.

"It puts transgender individuals in an unfair spot," says Aaron Arnold, services coordinator for the Pittsburgh AIDS Task Force. "They have to go through things that others don't for basic health care."

There are signs that things are changing, however. Children's Hospital of Pittsburgh, for example, recently started a Gender and Sexual Development program within the Department of Adolescent Medicine, to work with patients 8 to 17 years old.

"It became increasingly clear to us we needed to have a more systematic way of taking care of gender-fluid and transgender youth in our community," says Dr. Elizabeth Miller, chief of the department of Adolescent Medicine at Children's. Thanks to longstanding partnerships with Persad, the Gay and Lesbian Community Center, Family Link and Health Care for the Homeless, "We recognized a major gap in care for adolescents and children."

Since starting the specialized program a year-and-a-half ago, "we're seeing more and more new patients," says Dr. Selma Witchel, director of pediatric endocrinology at Children's Hospital. "The greatest challenge is getting hormone blockers for these patients." The blockers delay the onset of puberty, which "allows them time to process what else is going on."

"Part of normal adolescent development is trying to figure out who you are in terms of sexual identity, and who you are, where you are, how male you are and how female you are," Miller says. "The genitalia do not define your gender identity."

But insurance companies often won't cover the blockers, which "are very expensive," Witchel says. "We are encouraging families and parents to help put together talking points to approach insurance companies." The message: "This is a standard care and actually appropriate care for adolescents with gender fluidity."

Children's also collaborates in operating a Wednesday afternoon drop-in clinic for homeless and underserved youth at the Gay and Lesbian Community Center, Downtown. While it's not a trans-specific clinic, Miller says, "If a young person walked in and wanted service related to trans-related issues, we're absolutely capable to connect them."

Though advocates and providers agree the Pittsburgh region needs to be more trans-friendly and have more competent professionals, awareness has been growing. This week, for example, Philadelphia hosts its annual Trans-Health Conference. Persad's Soloski notes that her organization is working with the state to ensure the state child-welfare system deals competently with LGBT youth. They've also set up safe zones in rural communities, and implemented a resource center in Erie County.

"There's a small pocket of individuals who do this work," says Michael Battle. "But that pocket is growing."