Photo: Courtesy of Munro Films
Freakscene: The Story of Dinosaur Jr.
For almost four decades, Dinosaur Jr. has quietly, and not so quietly, helped to lay the groundwork for the alternative rock and grunge genres, influencing generations of musicians along the way. A new documentary covers the band's legacy, and Pittsburgh music fans can see it on the big screen for one night only at the Harris Theater.

"Before there was Smashing Pumpkins, Pixies, or Blink-182, there was Dinosaur Jr.," reads an email from Harris Theater.

Freakscene: The Story of Dinosaur Jr. pays homage to "one of the most influential bands on the American East Coast, which inspired the rock scene, including Nirvana and Sonic Youth, in the 1990s," according to a synopsis from Munro Films. 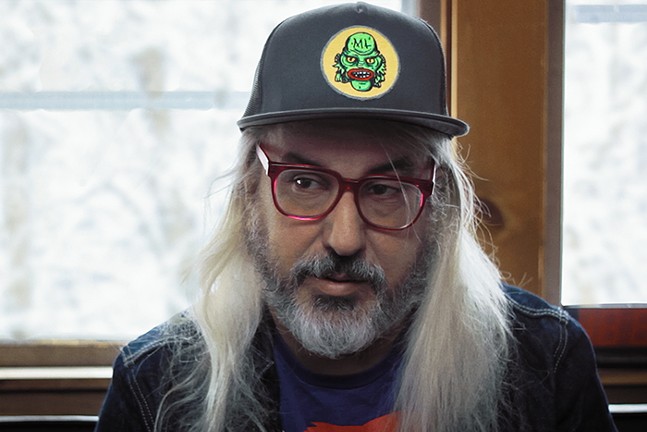 Photo: Courtesy of Munro Films
J. Mascis in Freakscene: The Story of Dinosaur Jr.
Screening on Tue., May 31 at the Harris, the film, directed by Philipp Reichenheim, captures guitarist and bandleader J. Mascis, bassist Lou Barlow, and drummer Murph, all members of a band that "insanely does not talk to each other." (It should be noted that Reichenheim is also cited as J. Mascis’ brother-in-law.)

The Harris screening coincides with a premiere event for the film happening at The Opera House in Brooklyn, New York. The film will be digitally released on Fri., June 3.