"People ask me, 'What does this song mean to you?’ I’m so bored with that. I want to know what it means to you.”

Photo: Rebecca Caridad
Gregory Alan Isakov
When Gregory Alan Isakov started out with his band years ago, he visited his older brother at the University of Pittsburgh. Among the places they wandered was the Beehive Coffeeshop in the South Side.

While a few things have changed — the Beehive is now closed, and Isakov’s career is well-established (think massive international fanbase, sold-out shows, a Subaru commercial) — he’ll be back in Pittsburgh this week playing a sold-out show on Wednesday evening at Mr. Smalls Theatre.

Isakov’s performance will showcase his latest work Evening Machines, which debuted at No. 1 on Billboard’s Americana/Folk Albums chart. It’s his first full-length album in five years, one that shares space with his interest in horticulture and his work running a small-scale vegetable farm. 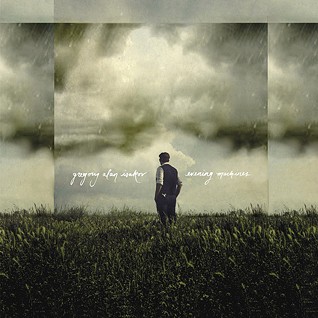 “As a writer, I’m always collecting. Work is a big part of it, travel is a big part of it, collecting prose and poems,” he tells City Paper in a phone interview from New Orleans before a show on his tour. “I think eventually, it’s just time to make stuff and I think I just felt that way. I was finally ready to make this record.”


The Colorado-based artist recorded almost 40 songs over the course of a year in his studio in the basement of his barn, eventually paring them down to the 12 that “fit together” and became Evening Machines. The album’s name, he says, is a nod to his farming profession, and the process of recording in the evening to the glow of VU meters and tape machines.


“I have friends in bands that can go into a studio and make an incredibly beautiful record in two weeks, and I’m so jealous of that. It’s never been my process,” he says. “I need a lot of time away from it to make sure I still really feel something. When you start making something, you get really attached and think, 'We worked so hard on it. It’s gotta be great.' That makes the decision brutal, but very honest."

Fans of his previous work like That Sea, That Gambler, The Weatherman, and This Empty Northern Hemisphere, will again be carried away by his lyrics, signature haunting sounds, and multi-instrumental compositions. The album's been described as "otherworldly," "sweeping," and "evocative."


Isakov cautions that there’s no prescribed interpretation of his music, although he notes his albums are sometimes spurred “when my whole life sort of crumbles apart.” Some of this album was inspired by anxiety while on the road. And although songs like “Berth” discuss immigration (Isakov is originally from Johannesburg, South Africa and moved to the U.S. when he was young) and “Wings in Black” is about resilience during a significant loss, he’s mostly interested in how listeners interpret his work and apply it to their own lives.


“I hear so many stories like, 'Yeah, I was on this bicycle trip, and this song really helped me through. I feel like it was written for my experience.’ That’s so cool to me,” he says. “I wanted to make something that felt personal, but that someone could relate to in their own life. People ask me, 'What does this song mean to you?’ I’m so bored with that. I want to know what it means to you.”