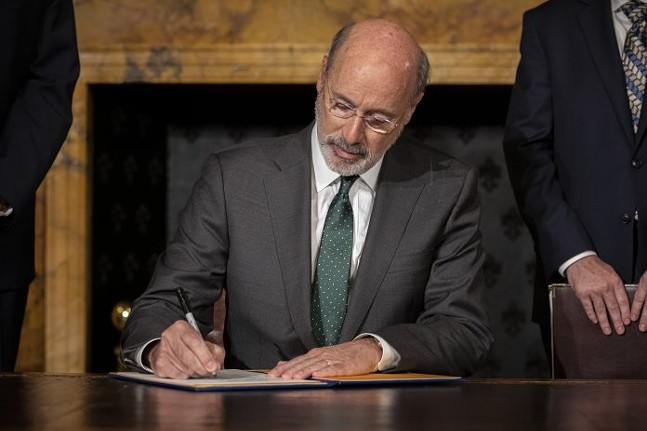 In his veto message, Wolf called the bill “contradictory, misguided and irresponsible.”

“Short-sighted legislation to tie the hands of people dedicated to public health will only make infectious diseases more difficult to fight,” Wolf said.

The bill would have prevented the state Secretary of Health from closing businesses, restricting travel, or order masking again, whether due to COVID-19 or another future health emergency.

The bill also would prevent any public entity from checking someone’s COVID-19 vaccination status, such as a school district requiring teachers or students to be vaccinated. Such requirements are colloquially known as “vaccine passports.”

Wolf already has said he has no plans to institute such a requirement on a state level.

That prohibition was also expanded to state colleges and universities, dozens of whom have already begun to require professors and students to receive a coronavirus vaccination to attend classes.

The bill passed the GOP-controlled General Assembly along party lines last week amid budget negotiations.
Stephen Caruso is a reporter at the Pennsylvania Capital-Star, where this story first appeared.