Gov. Wolf says his executive authority has run out on extending eviction moratorium, perplexing some experts 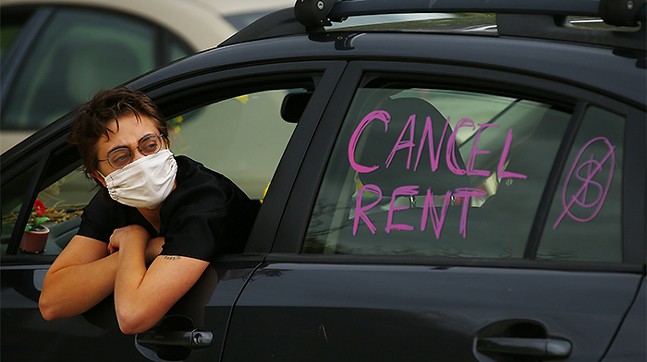 CP photo: Jared Wickerham
A drive-by protest demanding rent and mortgage freezes amidst coronavirus in Pittsburgh in May
Legal experts are scratching their heads over Gov. Tom Wolf ending his 116-day old eviction moratorium this week.

Since mid-March, evictions have been significantly held in check by a string of statewide orders, starting with the Pennsylvania Supreme Court.

The court was set to lift its hold on evictions May 11. On May 7, Wolf announced a backdoor ban by removing a key notice requirement that stopped landlords from evicting renters who were behind on their payments.

“I am protecting housing for Pennsylvanians who may be facing economic challenges due to the COVID-19 pandemic,” Wolf said at the time.

Now, after a mid-summer extension, those protections will expire Aug. 31. In a letter to the General Assembly Monday, Wolf, claiming legal handcuffs, told lawmakers that further executive action was “not a viable option.”

Instead, he asked for the General Assembly to “act immediately to prevent evictions and foreclosures.”

Republicans reacted to the ask with anger, saying it showed the dangers of one man ruling by fiat. But in the balance of this brewing standoff are tens of thousands of Pennsylvanians who now face being left homeless in the summer heat and with the coronavirus still looming.

A Census poll over the summer found that up to 18 percent of renters could be behind on payments. Altogether, 3.4 million people rent in Pennsylvania, or about one-fourth of state residents, according to Princeton University’s Eviction Lab.

Marlynn Orlando, CEO of the Pennsylvania Apartment Association, said in an email that she expected the first evictions to be filed against renters for nonpayment and other issues prior to March and the pandemic.

“To be clear, no one is happy about the ability to evict people from their homes. Eviction is always a last resort,” Orlando told the Capital-Star. “But it’s an important part of how the apartment industry is run, and so we are pleased we can proceed with our operations.”

She said the association also does not comment on the limits and reach of Wolf’s past executive actions.

From mask mandates and shielding doctors from legal liability to restricting business operations, Levy said Wolf has been “pretty bullish on executive powers in recent months.”

“This, to my knowledge, is one of the first times the governor has said ‘I don’t have the authority to do it, so I’m not going to do it,’” Levy told the Capital-Star.

Wolf likely could have issued another extension, Levy added, and “invite[d] a challenge from the General Assembly, to take on the mantle of opposing the moratorium.”

Wolf argued in his letter to the General Assembly that due to a provision in the state emergency services code, his executive actions couldn’t last longer than 60 days. But Wolf’s own eviction actions have lasted nearly twice as long, University of Pittsburgh law professor Jerry Dickinson pointed out.

“There’s nothing that precludes him from extending the moratorium for another sixty days. Why? Because he extended it in July,” Dickinson told the Capital-Star.

Even the language Wolf chose in his letter — “is not a viable option” — showed his hand, he added.

“There’s not a whole lot of legal basis for the language of ‘viable option,’” Dickinson, a constitutional law expert, and former Democratic congressional candidate, said. “It means there’s more than one alternative and he prefers this one.”

Instead, Wolf opted to hand the issue to lawmakers, a choice that appears driven by policy, and not a legal rationale.

Speaking at a press conference Thursday, Wolf said finding ways to get money in the hands of renters — and their landlords — was a way to solve the oncoming eviction crisis “rather than just pretending that this is not a problem.”

To help Pennsylvanians settle those bills, he called for the General Assembly to expand and fix a rental assistance program laid out in state law in June.

The program, funded with $150 million in federal stimulus funding, can provide renters with up to $750 a month until December, if landlords agreed not to evict tenants.

But, that $750 a month is only a fraction of rent in some parts of the commonwealth, and some big landlords have not allowed tenants to sign up, the investigative news outlet, Spotlight PA, reported Thursday.

Wolf laid out those plans for extended rental and utility aid earlier this week, calling for an extra $100 million for rent and $100 million for utility assistance out of the state’s roughly $1 billion in remaining federal stimulus money.

Failure to act will “create a humanitarian crisis among the very people who have already been victimized by this crisis, who are asked daily to put their and their families’ health on the line for the rest of society,” state Rep. Summer Lee (D-Swissvale) said in a statement.

“The legislature’s leadership can take action to stop human suffering, or they can blindly look away as they have many times during this crisis, prioritizing politics over human lives,” she added.

How Republican legislative leaders will act is unclear. In a statement earlier this week, Senate Majority Leader Jake Corman (R-Centre) said that this is “the first we heard of the need for emergency legislative action to bail out the Governor from his previous decisions.”

In Wolf’s Monday letter, he said that lawmakers have “been working with affordable housing advocates and representatives of landlords on issues including forbearance flexibility, and I certainly hope that work continues.”

Jason Gottesman, spokesperson for House Majority Leader Kerry Benninghoff (R-Centre) told the Capital-Star Tuesday that rental aid was “one of the many potential items we will discuss” when the legislature returns next week.

Wolf’s expiring order still allowed for landlords to file for evictions, even if they could not legally carry them out. For example, 266 filings await a hearing in Pittsburgh starting Monday, according to Princeton’s Eviction Lab. 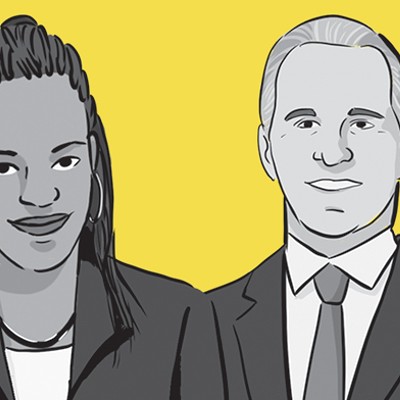