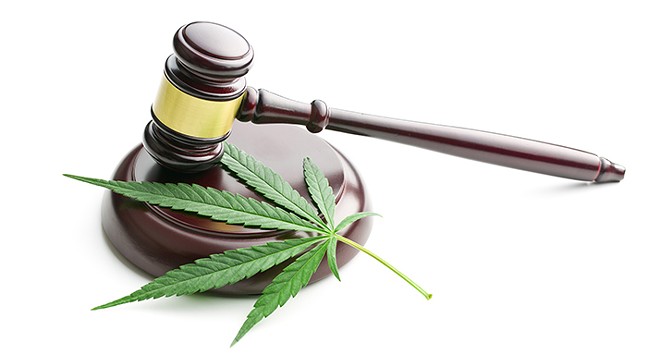 Gov. Tom Wolf (D-York) has signed off on 310 pardons, 69 of them impacting the lives of nonviolent marijuana offenders, whom criminal justice advocates say face a lifetime of repercussions for an offense that’s now treated no more seriously than a traffic ticket in some jurisdictions across the state.

Wolf signed the pardons last week, his office said in a statement. The marijuana offenders were included in a new state program, started in 2019, under the auspices of Lt. Gov. John Fetterman (D-Braddock), who chairs the state Board of Pardons, and who has been an outspoken advocate of cannabis legalization. The program speeds up the lengthy pardons process for people with nonviolent convictions for marijuana possession or paraphernalia charges.

“These pardons will give these 310 people a chance to put the conviction behind them, offering them more opportunities as they build careers, buy homes, and move on with their lives free of this burden,” Wolf said in a statement released by his office. “In particular, the nonviolent marijuana convictions-associated pardons have been expedited to make what was a years-long process now a matter of months.”

In all, Wolf has signed 95 pardons related to the expedited marijuana conviction review program, his office said in a statement.

In his February budget address to lawmakers, Wolf, a Democrat, again called for legalizing recreational marijuana, a move that he said he “know[s] has bipartisan support,” in large part because of the hundreds of millions of dollars in tax revenue it would pump into the state’s coffers.

Republicans who control the General Assembly largely have been cool to Wolf’s plan. But last week, the bipartisan duo of Sens. Sharif Street (D-Philadelphia) and Dan Laughlin (R-Erie) rolled out a legalization bill that also heeds reformers’ calls for giving a fresh start to those with an arrest record, the Capital-Star’s Stephen Caruso reported.

In 2016, city officials in Harrisburg passed an ordinance that gave city police the option to file a summary citation and $75 fine, similar to a traffic ticket, to anyone caught with 30 grams or less of marijuana or marijuana paraphernalia, the Sentinel of Carlisle reported at the time. The fine for using a small amount of the drug is $150, the newspaper reported.

Rep. Jake Wheatley (D-Allegheny), who has introduced a similar bill in the state House, has emphasized the importance of criminal justice reform as a part of any legalization effort.

“The failed war on drugs produced countless victims to heavy handed, unreasonable drug laws. Perhaps the most important aspect of this legislation is my Cannabis Clean Slate,” Wheatley wrote in a ‘Dear Colleague’ memo seeking support for his bill. “By legalizing the use of cannabis and simultaneously expunging records and releasing non-violent drug offenders from prison, the Commonwealth can do its part to repair the damage of the last 40 years.”

In 2018, four in 10 U.S. drug arrests were for marijuana-related offenses, mostly for possession, the Pew Research Center concluded in 2020.

However, Black and Brown Americans have disproportionately borne the brunt of those arrests.

Meanwhile, “public support for marijuana legalization has steadily increased in recent years. In a Pew Research Center survey last September [2019], two-thirds of U.S. adults said marijuana should be legal, up from around half (52 percent) five years earlier,” Pew researchers wrote. “The same survey found that 59 percent of adults believe marijuana should be legal for medical and recreational use, while 32 percent say it should be legal for medical use only. Just 8 percent of adults said it should not be legal under any circumstances.”

“It’s time for legal weed in Pennsylvania,” Fetterman said in a Feb. 4 joint (pun only slightly intended) statement with Wheatley. “This is common sense criminal justice reform that will also generate billions when Pennsylvanians need it the most. It’s time to stop spending millions per year to ruin the lives of taxpayers who get caught doing something that most people don’t even think should be illegal.”
John Micek is the editor of the Pennsylvania Capital-Star, where this story first appeared.