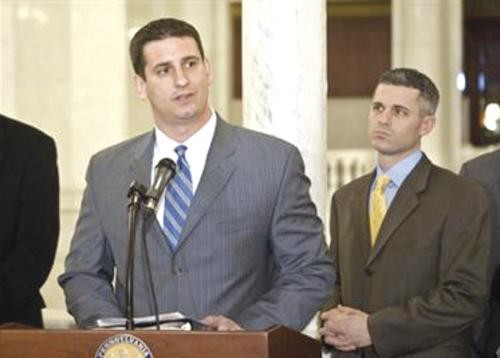 Advocates for low-income Pennsylvanians are sounding the alarm about a package of bills in Harrisburg that places serious roadblocks in front of anyone seeking assistance through food stamps, welfare or other social services.

House Republicans have introduced eight bills under the name WelFAIR (Fairness, Accountability, Integrity and Responsibility). Some of the proposed requirements include: photo identification on benefit cards; applicant fingerprinting; drug testing for anyone with a drug conviction in the past five years; confirmation of eligibility through 19 different state databases; and turning a current welfare-to-work grant into a loan that recipients would have to pay back.

These measures are needed to cut waste, fraud and abuse in the Department of Public Welfare's $11.2 billion budget, Republicans say.

"The only thing that is new is that we now have a General Assembly and a governor willing to tackle welfare fraud, protect taxpayers and help those folks who are truly in need," Reed added.

Opponents of the bill disagree. Rather than addressing waste, fraud or abuse, the bills seem designed as "a long-term attack on the idea that the welfare system should be about helping people," says Ken Regal, co-director of anti-poverty group Just Harvest.

"This is about putting more and more roadblocks in front of people who need help," he says.

As City Paper reported in December, many advocates say the process of applying for assistance such as food stamps is onerous enough already -- with lengthy paperwork requirements and a DPW too understaffed to properly process applications.

Regal fears the worst stereotypes of welfare recipients are driving the measures. He says the bills assume that everyone applying for assistance is a criminal out to cheat the system.

And while the GOP touts the measures as a cost savings for taxpayers, it is not clear that is the case. A recent study conducted about drug-testing public-assistance applicants in Idaho found the program would be costly, and wouldn't save enough money to pay for itself.

"The House Republicans' eight-bill package claims to root out rampant fraud and save taxpayer dollars, but in truth their legislation is based on no hard numbers on the amount of fraud that is occurring or the amount of savings they can accrue from these bills," says Scullin. "On one hand, they claim we wouldn't see savings for a while as the changes [are] implemented, yet [Republicans have] already allocated this magical sum of money to help reduce education and higher-education budget cuts."

Scullin says the only number GOP lawmakers cite comes from a 2009 DPW audit conducted by Democratic Auditor General Jack Wagner. In that report, Wagner's office says the state could save up to $400 million by reducing fraud and waste. Wagner's audit found that the DPW's special-allowance program suffered from "mismanagement and poor oversight, creating an environment for potential fraud."

The special-allowance program is for assistance recipients trying to move from welfare to work; the program allows them to receive allowances to offset expenses like books, tools, clothing, transportation and child-care needed for work. The audit cites examples of fraud such as two students at a beauty school collecting $637 for nail supplies that they never purchased.

But Regal argues that since that audit was conducted, a number of oversight changes have already been made to the program.

"I think it's a stretch to take those audit findings and make the proposed changes to special allowances." As for using the audit to justify the bills' other changes, Regal adds, "It's not just a stretch. It's a whole other universe."

What's worse, advocates say, is that the bills will move through the legislature without public hearings. What that means, says Michael Froehlich, a staff attorney at Community Legal Services in Philadelphia, is that the bills could become law without testimony from advocates and those actually affected by the law.

What is being proposed "is not acceptable," Regal says. "This is not the kind of society that we want to live in."