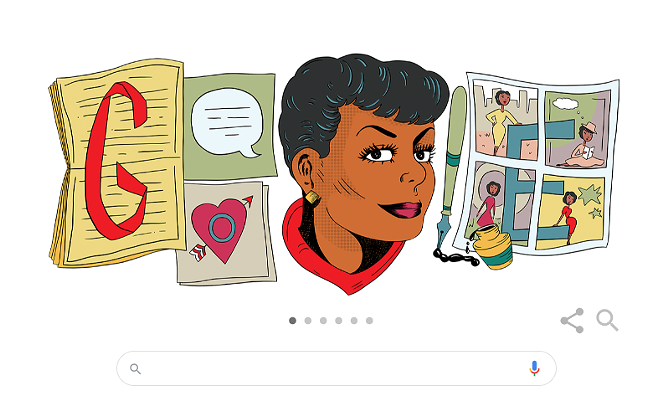 Ormes was born in Pittsburgh in 1911 and later moved to Monongahela as a child. After graduating high school, Ormes got a job as a proofreader and freelance reporter at the Pittsburgh Courier, where she eventually published her first comic strip, Torchy Brown in Dixie to Harlem, which followed a young Black woman from the South as she navigated living in a city up North. (Archives of the comic strip are available from Ohio State University.)

Ormes went on to create a follow-up, Torchy in Heartbeats. Her longest-running work, Patty-Jo 'n' Ginger, which ran for 11 years, followed two sisters, one an adult and one a child. Patty-Jo, the younger sister, eventually had a doll made in her likeness. 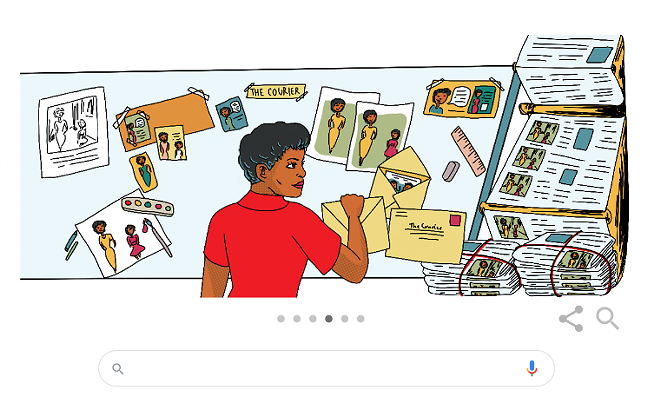 ©Google
Ormes was also open in her comics and in public life about her left-wing political beliefs regarding issues like civil rights and poverty, and according to her biographer Nancy Goldstein, this led to her being investigated by the FBI.

In an interview with Google, artist Liz Montague, who created the Doodle of Ormes, explains why the drawings are meaningful to her personally.

"I read her cartoons today, and I feel so seen! The illustrations are immaculate, the humor is witty, the social criticism is bitingly accurate—her work is just the total package," said Montague. "She is why I create cartoons as social justice and why I feel valid doing it. Jackie is a genius and paved the way for so many of us as a pioneer in the cartoon and illustration world."

The Google Doodle includes an interactive, multi-panel comic about Ormes' life, including her drawing as a child in Pittsburgh, working for the Courier as an adult, and having her comic strips syndicated all across the country.

For Sale With Baggage: Carry on alone