Godshot is a modern feminist dystopia 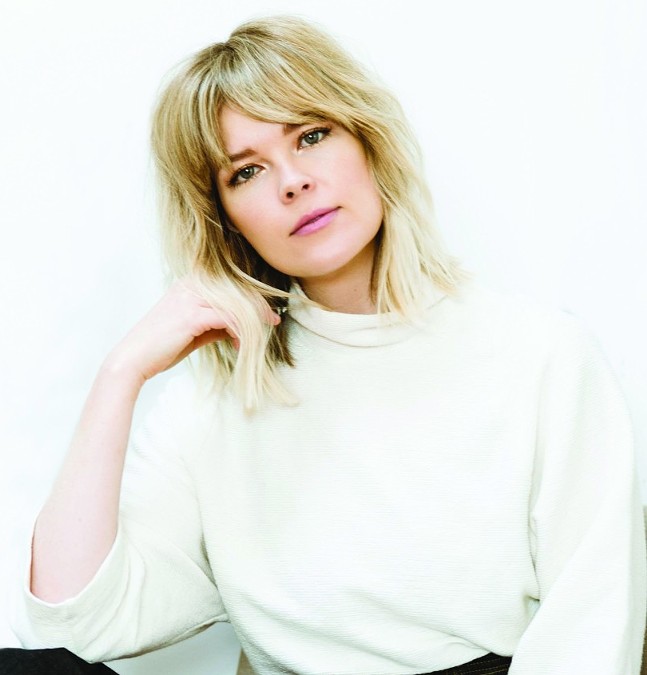 Photo: Jessica Keaveny
Chelsea Bieker
Choosing books to read during quarantine has proved challenging. It's been a tricky balance of trying to find something that's both captivating and allows for escape, but nothing too sad to rock my already unstable emotional state. Yet I also want something that makes me think. Chelsea Bieker's debut novel Godshot checks all of those boxes.

Set in the fictional town of Peaches, Calif, Godshot follows fourteen-year-old Lacey May. She lives with her unstable mother, who has a void that she fills with men, alcohol, and most recently, religion. That's because Peaches has been undergoing a severe drought. A few years back, Pastor Vern relocated to the small town, and with him came rain. Pastor Vern promises that more rain will come if the residents of Peaches fulfill secret assignments given to him by God himself. In order for women and girls to be eligible for the assignments, they must be a "woman of blood," aka, they have to have started menstruation. As the girls turn to women, they gladly let Pastor Vern known when they start bleeding. He brought the rain, so he is the one thing that can save the town.
click to enlarge

If this sounds like the beginning of a cult story, that's because it is. Pastor Vern has the entire town of Peaches at his beck and call. Well, almost.

When you meet Lacey May and her mother at the start of the novel, her mother's focus has turned back to alcohol. Vern has been the unspoken leader of Peaches for years now and there is still no rain to speak of. Shortly into the story, Lacey's mother is exiled for sinning. She has lost her faith in Vern and is outed for consuming beer. She runs off with a man, leaving Lacey behind to fend for herself. Lacey moves in with her grandmother, Cherry, who is more devout to Vern and her collection of taxidermy mice than her own family. So Lacey sets off on a mission to find her mother. To do so, she takes up the last job her mother had: a phone sex operator.


Godshot is a story of mothers and daughters, of cults, of good versus evil, of sex, and of desire. The women are oppressed, their bodies thought to be parts of the church and not their own. Comparisons could be drawn to The Handmaid's Tale, especially once you understand the book's title.

Bieker effortlessly transported me to the town of Peaches. The storyline drew me in, made me feel angry, sad, and happy, yet I was able to forget about everything going on in our world at the moment. It's the first book in a while I kept thinking about even when I was not enthralled with reading. Godshot is an uncomfortable comfort read that is exactly what I needed right now.

Godshot is out now via Catapult.