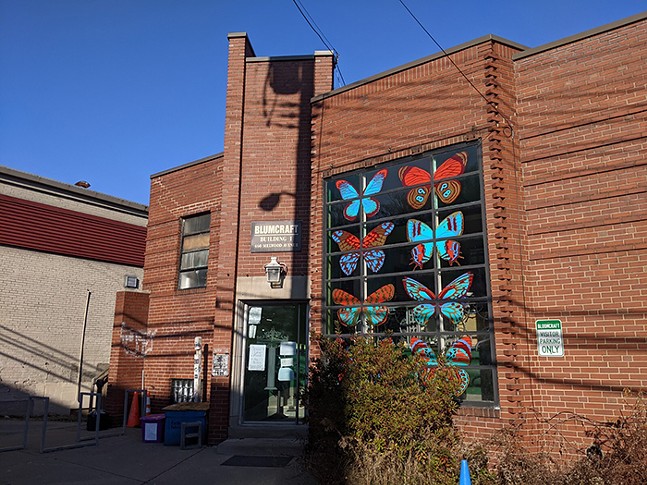 “We had so much fun doing it the first time we decided to do it again,” says Teresa Martuccio Glitter Box co-manager, referencing the original event that streamed in October 2020.

Much like the first event, the new Glitterstream – streaming live through the theater's Facebook page on Sun., March 7 – will feature short videos made by artists and performers. Using the theme of “Renewal, spring, rebirth, renaissance,” each submission will feature singing, dancing, monologues, and more. The event also includes a Glitterstream After Dark portion showcasing more adult-themed content like burlesque.

The variety extends beyond the show portion into the raffle, which features an eclectic array of prizes that are being consistently added to the Glitter Box Instagram account. This includes everything from handmade ceramic pieces and gift cards to local eateries, to custom jingles, portraits, and mixtapes. In one, Martuccio and Caily Grube will make a bottle of handcrafted Kahlúa and deliver it to the winner’s home while wearing robes.

Martuccio says the online variety show and raffle will help the community theater continue operating as the pandemic has put a stop to the DIY plays, concerts, social activist gatherings, and other live events at the heart of Glitter Box’s mission. This includes paying rent to secure their venue in the Blumcraft Building on Melwood Avenue, which was converted into a multi-use space and has housed groups including 1Hood Media, Just Seeds, and the harm reduction nonprofit, Prevention Point Pittsburgh.

Martuccio says she and the rest of the Glitter Box crew, which includes co-managers Matt Eaker, Chris St. Pierre, and Nick Stocks, aren’t the only Blumcraft residents who are struggling.

“An organization of artists and craftspeople are not having their lease renewed, this was unexpected and heartbreaking,” says Martuccio. “They are trying to figure out what they are going to do next.”

Martuccio calls Glitter Box’s current situation at Blumcraft “uncertain,” but that they are still planning for the future. She says they still plan to host one of Glitter Box’s oldest events, The Ten Minute Play Fest, and are exploring location options for it.

As for now, Glitter Box will focus on doing what it does best with Gliterstream 2, showcasing local people working in a variety of creative fields.

“Logistics aside, we definitely think it’s important for folks to have a place to share their talents during this pandemic,” says Martuccio. 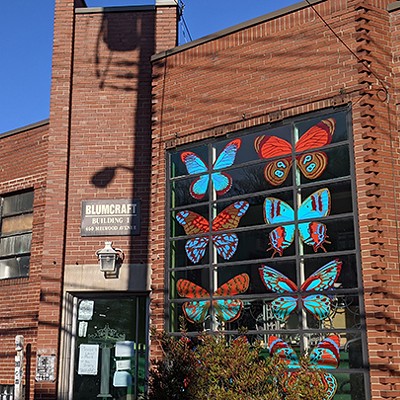