Gift Box: For Jimmy Cvetic, a locally-shot boxing film offers a chance for local kids to step into the ring.

"If you're not willing to risk hearing no, you'll never hear yes." 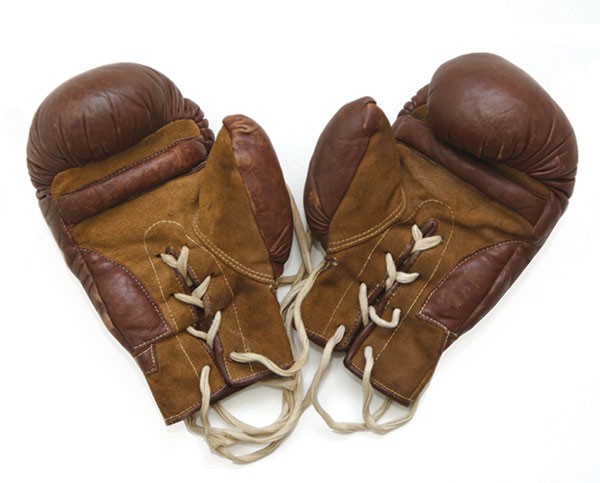 Extras are needed for a scene in the upcoming film Southpaw, filming at the Priory July 24-25. The scene is a charity boxing match and anyone over 18 is welcome; dress is semi-formal, suits and jackets for men and party dresses for women. Arrival time is between 8 a.m. and noon both days: Shooting will last approximately 12 hours each day. Prizes, including a trip to Las Vegas, Pirates tickets and more, will be given away. Register by emailing southpawpitts
burgh@gmail.com.

Jimmy Cvetic may not move as fast as he used to, but when he's on a mission, his mouth and brain can function with lightning speed.

On this Friday morning, the long-retired Allegheny County Police detective is running around trying to help a local casting director find 100 to 150 extras to act as spectators for a charity boxing match in the new Jake Gyllenhaal boxing film, Southpaw, currently filming around the city. He's been up early making calls, trying to get the word out about the event.

"Yeah?" he yells into a cell phone, a call from "this guy that I have to take." "Don't worry, I'll make it happen," he tells the guy on the other end of the line.

It's a natural task for Cvetic, who today serves as the executive director of the Police Athletic League, training at-risk kids in the art of boxing at eight PAL gyms scattered across the area. He'd be worth every penny the film production was paying him — if he were actually getting paid at all.

"Jimmy is really something else," says Chelsea Peterson, the extras casting director on the film. "He's been a giant help to my department, finding us boxers to act in the film and helping us find locations for the boxing scenes." (Some of Cvetic's former fighters even got large roles in the upcoming picture.)

Well, not exactly. Most of what Cvetic does comes out of the goodness of his heart. But it rarely comes without a hitch or remuneration of some kind — though not for himself.

The Police Athletic League is financed with the generosity of individuals and businesses in the community. "We've operated for years on a beg and a borrow," Cvetic says. "It takes a Ph.D. in ‘street' to do what we've been able to do over the years.

"I need help to do what I do, and I'm never afraid to ask anyone out of fear that they say no. If you're not willing to risk hearing no, you'll never hear yes."

Peterson was tasked at the last minute with finding extras for next week's movie shoot at the Priory. She turned to Cvetic — who among other things is a poet whose work sometimes appears in City Paper — for help. His asking price: Donate some of the equipment that will be used in the movie, so he can open up a new PAL gym in the Hill District. In particular he wants the boxing ring that they have been using in shoots around the city. A new ring can cost between $5,000 and $10,000 or more depending on the quality.

The location is the former Centre Avenue YMCA, which now stands vacant except for a group that uses it for church services on Sunday. In its former life, it housed a boxing gym where, according to published reports at the time, the city's African-American boxers, like 100-bout winner Jackie Wilson, routinely worked out. However, other Pittsburgh legends like Fritzie Zivic and Billy Conn also frequently passed through the site, according to press reports of the time.

Cvetic has a nearly six-decade-old photograph of those three and Sugar Ray Robinson standing together in the ring at the YMCA. He wants to reopen that gym and take a similar photo with modern local boxing notables like Paul Spadafora, Rod Salka, Sammy Vasquez and Monty Clay — along with boxing legend Mike Tyson, who will be promoting a fight at the Consol Energy Center in August.

"This gym was a huge part of this city's boxing history," Cvetic says. "It's a beautiful place and deserves to be a boxing gym again."

Peterson says Cvetic's work on Southpaw will be a huge benefit to the community and to PAL.

"A lot of the stuff that is used in movies just ends up sitting in a warehouse somewhere," Peterson says. "But here we have an opportunity to give some equipment to an organization that we know will put it to good use. Although I'm not sure at this time what equipment will be donated."

Cvetic confirms that no promises have been made, but says confidently, "They haven't said it yet, but I have to have that ring for the kids so we can get this gym open."

"Some groups say, ‘If you can save just one kid, then you're a success,'" he adds. "But every day, no matter what I'm doing, I'm out there trying to save every kid who comes to me for help.

"That's why I need that ring."