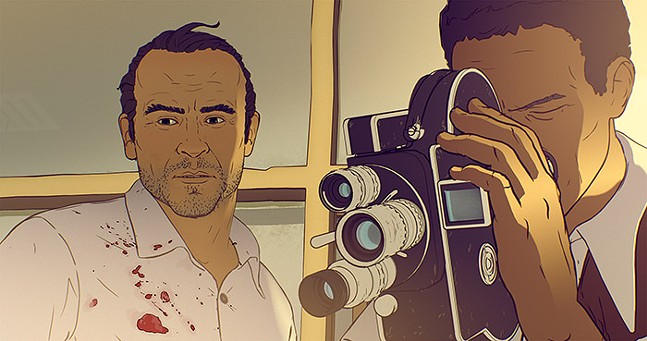 GKIDS
Another Day of Life

Despite what many Pittsburgh cinephiles believe, the Three Rivers Film Festival (3RFF) is still around. The annual event, which has introduced local audiences to new films since it first began 36 years ago, changed course in 2018 by scaling down and deviating from its traditional autumn schedule.

“It just didn’t have that broad reach that it typically has,” admits festival director Joe Morrison, who, in 2018, took over as director of film programming for the 3RFF’s host organization, the Pittsburgh Center for Arts & Media.

From Nov. 8–23, 3RFF returns to form with a diverse array of documentaries, short films, and more screening at locations around the city.

It’s a reassuring sign of 3RFF’s commitment to its mission after a number of setbacks. The 2017 festival was canceled after losing its main sponsor, Dollar Bank, which had backed the event since 1998. In 2018, 3RFF switched to a summer date and shortened schedule in June, confusing many fans accustomed to its traditional schedule.

The organization then brought on Morrison, who had previously served as operations manager and head of programming for the historic Hollywood Theater in Dormont, a venue once noted for its offbeat programming and mix of classic, indie, and cult films. After the community theater was acquired by the Theatre Historical Society of America in 2018, Morrison and the Friends of the Hollywood Theater formed Jump Cut Theater, a nonprofit traveling film show that hosts screenings in various locations throughout the region.

Morrison believes this year’s festival will help re-establish Pittsburgh Center for Arts & Media within the Pittsburgh arts scene by emulating the previously successful 3RFF model of opening and closing night celebrations, and featuring “as many visiting artists as we can cram” into two weeks.

“The festival has always been the signature public event of this organization,” says Morrison, adding that each year, 3RFF has attracted thousands of visitors. “There’s nothing else this organization does that touches as many people in such a concentrated period of time.”

While he admires the growth of the local film festival scene, which includes Pittsburgh Shorts, ReelAbilities, and the Black Bottom Film Festival, among others, he says no other event compares to the “broad-reaching, eclectic” selection of new world cinema offered by 3RFF.

“Nobody else has duplicated that,” says Morrison. “We love being able to put that out there.” 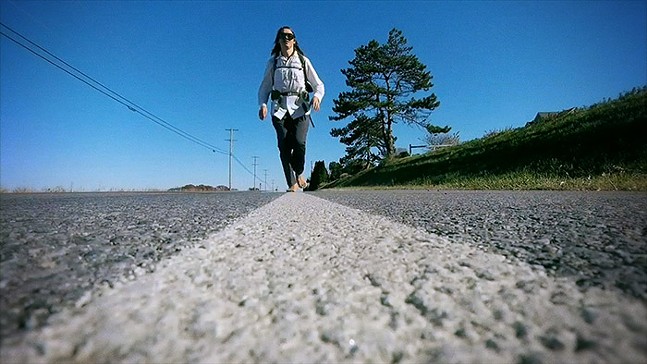 Also showing is the Russian historical drama Beanpole and The Whistlers, a Romanian film Morrison describes as a “really clever” comedy crime caper with “lots of plot twists.”

“It centers around whistling, believe it or not,” says Morrison.

Adding to the international selections is Another Day of Life, a bold Spanish/Polish animated feature based on a book by war journalist Ryszard “Ricardo” Kapuściński, and House of Hummingbird, a Korean drama that won the Grand Prix for Best Feature Film at the 69th Berlin International Film Festival Generation 14plus.

The festival also caters to animal lovers with Well Groomed, an offbeat documentary about the world of competitive dog grooming, and Los Reyes, a film about the friendship between two dogs in urban Chile.

Representing Pittsburgh is documentarian Julie Sokolow, whose latest work, Barefoot: The Mark Baumer Story, will have its local premiere at 3RFF. The film about Mark Baumer, a writer and activist who was killed while walking barefoot across the country to bring attention to climate change, already screened at festivals like Heartland International Film Festival, where it won the award for Best Premiere Documentary Feature.

Morrison believes Barefoot adds to Sokolow’s tradition of making well-balanced films about eccentric characters. This includes Aspie Seeks Love, an intimate look at the challenges of dating for people with Asperger syndrome, and The John Show, a 2017 short about John Riegert, a local artist who, after years of struggling with mental illness, died by suicide in November 2018.

Adding to the local flavor is the premiere of the documentary Jewish Memories of Pittsburgh’s Hill District and Out of the Archives: Pittsburgh Revealed, a curated selection of footage depicting the Pittsburgh region from the 1920s through the 1980s. The latter is a multifaceted view of the city’s history, from a commercial directed by George A. Romero to a Memorial Day Gay Picnic in 1983.

3RFF will also welcome the Ann Arbor Film Festival touring shorts program and the musical ensemble Alloy Orchestra, both of which had appeared at previous 3RFF events. Alloy will present original live scores for two films, the swashbuckling Black Pirate written by and starring silent film legend Douglas Fairbanks, and Gallery of Monsters, a 1924 melodrama about circus performers.

“I hope people will take a chance on something they didn’t expect to come to Pittsburgh,” says Morrison. “This might be their one chance to see on the big screen.”