It should be a political truism that Old is as Old Votes. At least in Pittsburgh. If last month's primary elections were similar to the previous municipal-cycle elections, in 2009, the voters that actually cast ballots are likely among the oldest in the nation.

While Census data suggests Western Pennsylvania's overall population may be getting younger, it's hard to find evidence of it at the polls. And when it comes to voting, we're a harbinger of where the nation almost certainly is heading.

Public voter-registration data records list, for the most part accurately, the birth dates of individual voters. According to records of those who showed up at the polls during the May 2009 primary, the average age of voters in local municipal elections is just under 60. The largest group of county voters was born during the extended administration of Franklin Delano Roosevelt. More voters were born during the administration of Calvin Coolidge than under Ronald Reagan.

Young voters can be motivated to turn out on Election Day: The 2008 presidential election was a watershed event. But there is little evidence that younger voters will show up for lower-profile municipal elections. For the most local of races, where many political careers begin, there are polling places where the average voter is a senior citizen.

As popularized by Bill Bishop and Robert Cushing in their book The Big Sort, Americans are living in increasingly homogeneous communities. Politically, that means more of us will live in "one-party towns," where leaders are largely chosen in primary elections. If younger voters remain truant from the primaries, the oldest voters will more and more determine elections.

As the Baby Boomers age, the impacts of age on voter participation will only become more magnified. If the nation wants to know what that will look like, Allegheny County can show them now.

Inevitable is never inevitable: 2008 proved "young voter" need not be an oxymoron ... if they can be convinced their votes are needed more than once every four years. 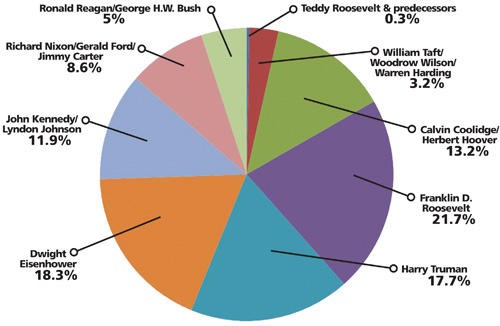