"Nathan Davis is my mentor, and he has supported my academic and performance career." 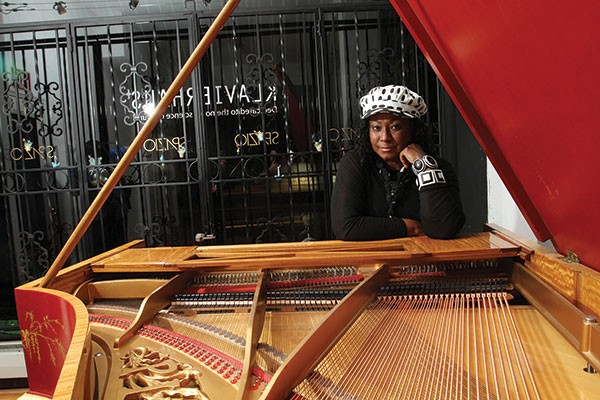 Geri Allen is pretty busy these days. In the midst of a tour with ACS — a trio with drummer Terri Lynn Carrington and bassist Esperanza Spaulding — the pianist is preparing for a move that brings her back to Pittsburgh, the city where she earned her master's degree in ethnomusicology in 1982. Come January, she assumes the position of director of jazz studies at the University of Pittsburgh, succeeding her mentor, Dr. Nathan Davis, who retired last summer.

But before that happens, Allen will host one of Davis' most enduring legacies: the 43rd Annual Pitt Jazz Seminar and Concert. The weeklong event features free presentations by participating musicians, culminating in a concert on Sat., Nov. 2, featuring 12 musical guests. Throughout its history, the seminar has drawn legendary musicians such as Dizzy Gillespie, Elvin Jones, Art Blakey and Kenny Clarke (the latter two Pittsburgh natives) to perform and lecture in close quarters with fans and students of the music. With Davis retiring, Allen says it was important for the event to continue without a gap. She also stresses that this year's seminar pays tribute to the man who set the standard for it in 1970.

Allen was already on a fast track toward a jazz career before she came to Pitt in 1979. Growing up in Detroit, she immersed herself in the city's fertile jazz scene, playing with people like trumpeter Marcus Belgrave, one of this year's seminar guests. Upon leaving Pittsburgh, she was part of the adventurous M-BASE group in New York, and went on to lead her own groups and play with legends like saxophonist Ornette Coleman, who hadn't played with a pianist in nearly 40 years. Allen's latest album, Grand River Crossings: Motown & Motor City Inspirations, puts a modern spin on classic songs that came out of her hometown.

College-level jazz programs were still a relatively new concept in 1979. "I feel I was [coming to Pitt] at the tail end of an era when musicians still learned in the traditional way — from their mentors," Allen explained in an email. "The schools today are focusing more on mentorship and I see a shift happening in that regard. Nathan Davis is my mentor, and he has supported my academic and performance career as a teaching assistant here at Pitt, and throughout my journey as a professional musician/scholar."

The seminar and concert are highly regarded because of their "marriage of the performance and academic aspects of the art form," she says. "Dr. Davis created an innovative prototype for jazz in the academy, which connects university and grassroots community together in a spirit of meaningful exchange."

Allen, who just completed 10 years on the jazz and contemporary improvisation faculty at University of Michigan's School of Music Theatre and Dance, feels comfortable stepping in to host the event. "Nathan has been so respected, and he's created such an important legacy that [with] my coming in, I've been very supported [by the seminar committee]," she says. "Everyone wants to see the seminar do well."

While the concert will follow the traditional format of ensemble performances with break-out sections for different subgroups, there are a few additions this year. Most significantly is the addition of dancer Ali (who acts as an additional percussionist) and vocalist Lundy.

The use of two drummers is a bold move, especially with a force of nature like Pittsburgh native Watts, and with Overall, whose experience includes time with Allen and in freer settings as well. But having both is another extension of the way her predecessor would program the show. "Nathan, as a horn player, would always share the bandstand with other horn players," she says. "And I'm a rhythm section player and I thought, ‘OK, let me look at having more than one drummer.'"

Allen's career has been similar to the best jazz, in that it has made new strides while hewing close to its history. Prior to her album saluting Detroit, for example, she recorded the solo album Flying Toward the Sound. On it, she paid homage to pianists Herbie Hancock, McCoy Tyner and Cecil Taylor, all of whom have vastly different approaches to their instrument. Rather than play their compositions, Allen composed a suite that uses their ideas as a launch pad, thereby taking the idea further.

Likewise, the array of musicians coming to Pitt this month will likely create something new by building on the legacy. Yet as she talks about the event, Allen continually returns to the subject of Davis. "His generosity has benefited many artist/scholars and he has made a profound impact on the perception of jazz as it exists today in the academy," she says. "We owe a great deal to him."