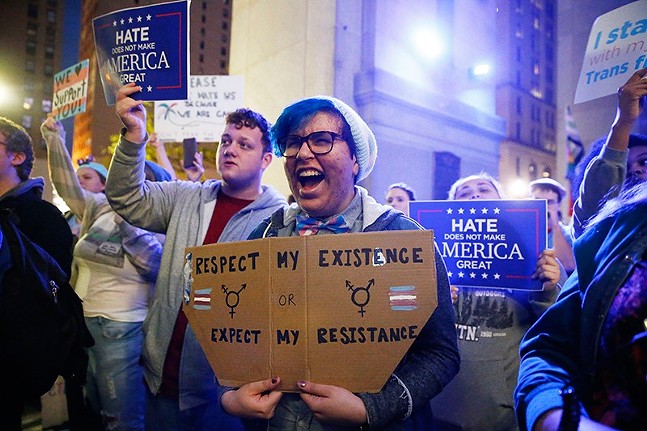 The city’s non-discrimination law, which is enforced by Pittsburgh’s Commission on Human Relations, now adds gender identity and gender expression to the protected classes of race, color, religion, ancestry, national origin, place of birth, sex, sexual orientation, familial status, age, status as a victim of domestic violence, handicap or disability, or use of support animals.

Pittsburgh's non-discrimination ordinance also includes the protected class of pregnancy and related medical conditions and events, including for partners of pregnant workers, involving companies with five or more employees.


Pennsylvania as a whole still lacks non-discrimination protections for LGBTQ residents, and only Southwestern Pennsylvania residents who live within Allegheny County have those protections.

According to a 2015 survey, 16 percent of transgender Pennsylvanians reported losing a job at least once in their lifetime because of their gender identity and/or expression. And 21 percent of survey respondents experienced some form of housing discrimination in the past year because of being transgender.