Geek Parenting is a golden ticket to the nerd zeitgeist 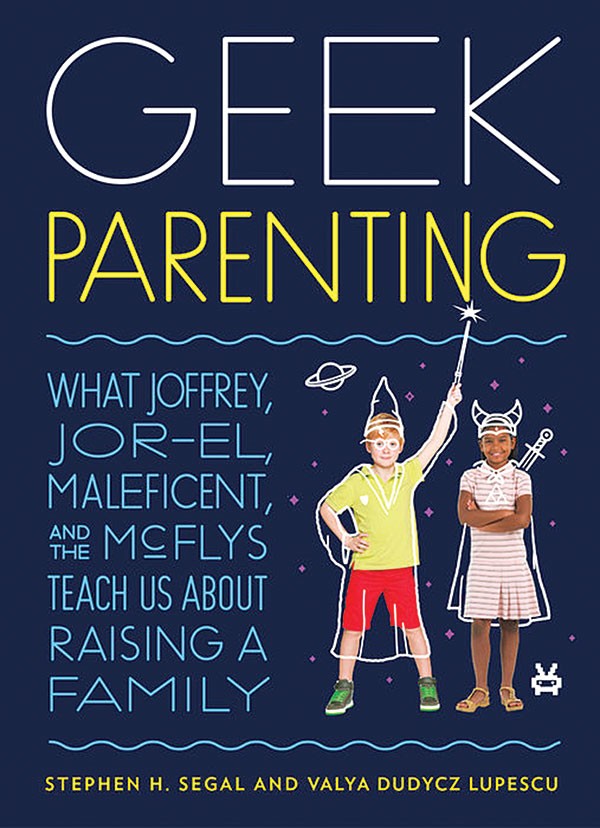 with STEPHEN SEGAL and VALYA LUPESCU Noon, Sat., June 11. Rickert & Beagle Books, 3233 W. Liberty Ave., Dormont. rickertandbeaglebooks.com
In a recent NPR interview, actor Rainn Wilson bemoaned the commodification of nerdism, but acknowledged that because he is a nerd, the trend has helped his career. The new book Geek Parenting: What Joffrey, Jor-El, Maleficent and The McFlys Teach Us About Raising a Family (Quirk Books) confirms Wilson’s observations, but not necessarily because nerds are the newly anointed cool. In fact, this happy little book makes us realize nerds have been in our pop-culture hearts all along, and that we are among them. Drawing upon the allegory-rich landscape of comic books, movies, television, cartoons and science fiction, Geek Parenting concerns the complexity of family.

Characters from relatively obscure works like Donnie Darko illustrate handling a child’s emotional challenges. The Walkman housing Guardian of the Galaxy’s Peter Quill’s connection to his mother is about sharing our own cultural touchstones. Dr. Evil’s attempts to bond with his son show us that parenting can be a bitch.

But you need not have memorized plots from Battlestar Galactica or believe in werewolves — or even be parents, for that matter. Family is rife with suffering and ecstasy, so aligning your journey with those of harrowing protagonists like Maleficent works like a spell.

Geek Parenting is a golden ticket to the nerd zeitgeist.

Devout geeks will get Dr. Who references and appreciate the wisdom of Princess Mononoke. Chapters like “They Need Discipline to Do Their Homework — Even If That Means Exiling Them to a Fortress of Solitude” and “If You Always Harp on What They Are Doing Wrong, You’re Teaching Them to Focus on the Dark Side” will give you strength the next time you pick up action figures strewn on the floor.