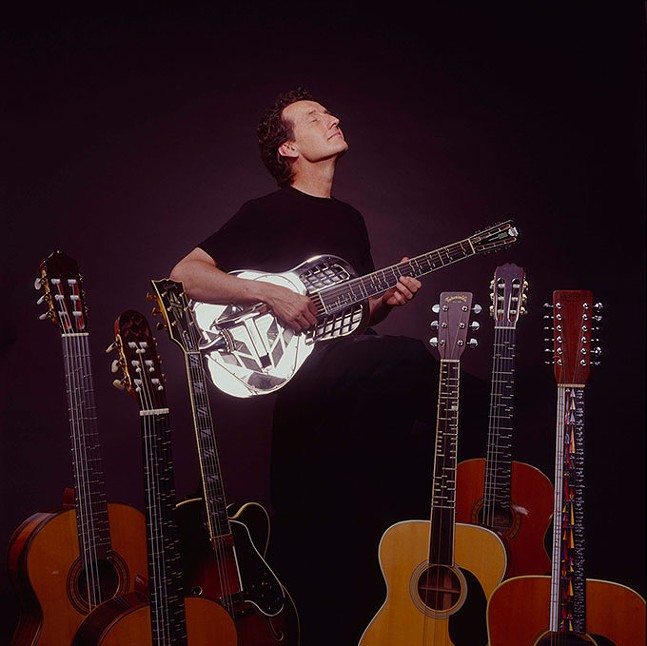 Despite its modernist ring, microtonal music is not a recent phenomenon. The term was first coined over a century ago, and the concept — music using altered pitches and tuning systems to play notes not found in the standard Western twelve-tone system — has been utilized as far back as history books go. But thanks to the internet, the ease of self-education through YouTube tutorials, and the advancement of musical technology, microtonal music has evolved into an (almost) mainstream field of study and expression.

Leading the charge in Pittsburgh is the concert series Music on the Edge, celebrating its 30th anniversary with the Beyond 2020 Microtonal Music Festival, the third iteration of the festival since debuting in 2015. From Fri., Feb. 28 to Sun., March 1, a slate of local and international groups will explore microtonality from a variety of approaches through a mix of electronic and acoustic instruments, light shows, video projections, and dance, as well as lectures from experts in the field. Performers include Del Sol String Quartet (San Francisco), MikroEnsemble (Finland), Brightwork Ensemble (Los Angeles), and Pittsburgh musicians Aaron Myers-Brooks, Nuiko Wadden, and Lindsey Goodman, and many more.

Matthew Rosenblum, co-director of Music on the Edge, says that microtonal music may seem like an esoteric, mostly academic pursuit, but it's actually pretty common and familiar even to folks without music degrees.

"You find [microtonal music] in different places, in Indian music, Ravi Shankar, things that people are more familiar with, but they don't have a name for it," says Rosenblum. "It affects them in a different way, and they can tell that it's something different."

The genre's more dissonant qualities lend themselves to music that is deliberately unsettling (at least to Western ears not used to notes outside the keys on a piano), but Rosenblum says that's a false generalization and that there are as many approaches to microtonality as there are artists working in the medium. It's not so much about dissonance, but about expanding the perception of consonance.

On opening night, Rosenblum's composition "Falling" will be performed by Brightwork at the New Hazlett Theater, alongside works from Music on the Edge co-director Eric Moe, Amy Williams, and Federico Garcia; there will also be video projections "reacting to the music" by Barbara Weissberger, Aaron Henderson, and Jeremy Boyle. The performances underline the breadth of approaches in microtonal music, with some pieces utilizing synthetically altered tones via an electronic piano, and others relying solely on specially designed acoustic instruments to reach those notes-between-the-notes. There's no wrong way to do it.

For a full schedule of Beyond 2020 Microtonal Music Festival — including symposia and a free concert on Saturday — visit music.pitt.edu/beyond.